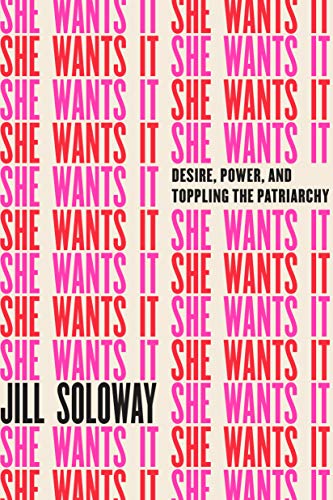 In the newly-released memoir SHE WANTS IT, Transparent creator Jill Soloway opens up to readers about the impact their parents coming out as transgender had on their own life—and how that revelation would lead them to create media in the years to come that told stories with a feminist lens from the intersections.

The Emmy and Golden Globe-winning showrunner gets vulnerable with readers in SHE WANTS IT, chronicling how they came to claim their own identity as non-binary and genderqueer and reflecting on the responsibility of telling queer stories on-screen.

In an exclusive audio excerpt for Ms. readers from the author-narrated audiobook, Soloway opens up about the initial pushback Transparent received from the trans community—and the “Topple Principles” they put into place to ensure that moving forward, their commitment to intersectionality and authenticity would become part of the creative process on set.

This is how Jill Soloway topples the patriarchy—and puts their own theories into practice every day.

Audio excerpted courtesy Penguin Random House Audio from She Wants It: Desire, Power, and Toppling the Patriarchy by Jill Soloway, read by the author.