“I hope my story encourages other women to be brave and free. I hope my story prompts a change to the laws, especially as it’s been exposed to the world.” — Rahaf Mohammed al-Qunun, who dominated the headlines this week due to her efforts to secure asylum in Canada and flee abuse in her native Saudi Arabia, opened up to the Guardian in her first-ever interview since locking herself in a Thai hotel room.

A 🔟 isn't enough for this floor routine by @katelyn_ohashi. 🔥 pic.twitter.com/pqUzl7AlUA

+ Patricia Wald was the first woman to ever sit on the D.C. Circuit, and eventually went on to serve as its chief judge. She died this week at 90.

+ Sarah Thomas became the first-ever female down judge in an NFL playoff game this Sunday.

+ The Republican-controlled Virginia Senate Tuesday voted to ratify the Equal Rights Amendment. “A drum is beating for the ERA,” Ms. publisher Eleanor Smeal said in a statement to the Feminist Newswire. “It is only a matter of time–short time–that Virginia ratifies its ERA.”

+  Seven women in the 116th Congress now oversee operations for over one-third of House Committees. (Yes: That’s the most ever.)

+ A new poll by PerryUndem found that 73 percent of voters don’t want Roe v. Wade, the landmark Supreme Court case legalizing abortion, overturned—and that 63 percent want their local elected officials to protect or expand access. 67 percent of respondents also declared that they want abortion legal in all or most cases.  “There’s this public narrative that this issue is divisive, the country’s divided,” Tresa Undem told Salon. “Voters are not divided.” 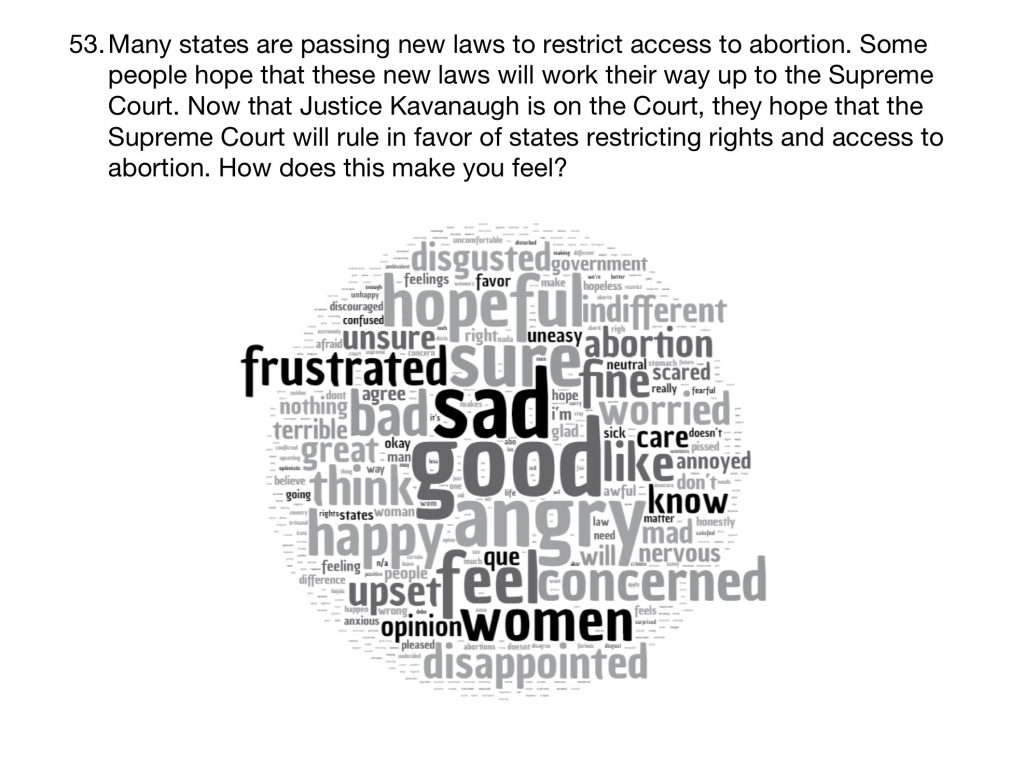 + According to new research from Plan International, 150 million girls are at risk of becoming child brides by 2030. “We need to accelerate our efforts to end child, forced and early marriage and to address the drivers of adolescent pregnancy,” Bjorn Andersson, UNFPA Regional Director for Asia and the Pacific, said in a statement. “We can do this by strengthening measures to protect and
empower young girls, and by working together with all of society to address the root causes of child marriage—including gender inequality, vulnerability and poverty.”

+ The Caring Company, a report out this week co-authored by Harvard Business School Professor and Managing the Future of Work Project Co-Chair Joseph Fuller and Project Director and Senior Researcher Manjari Raman, revealed that even though three out of four U.S. workers have caregiving responsibilities that they say negatively affect their productivity at work, fewer than one-quarter of employers believe them.

+ Advancing New Standards in Reproductive Health published a study this week calling out data from the Centers for Disease Control and Prevention that they say vastly overestimates the number of women at risk of alcohol-exposed pregnancies because it doesn’t account for abortions or miscarriages. Researchers at the CDC estimated that 3.3 million women were at risk per month; ANSIRH researchers estimate that the number is as low as 481,000. Abortion stigma, ANSIRH says, is disrupting the data.