The theme for this year’s TEDWomen is “Bold + Brilliant,” setting the bar high for our curatorial team to search for the world’s best, brightest—and yes, most daring—leaders, pioneers, activists and entrepreneurs.

It was a daunting task. Many of us have been feeling the weight of the world on our shoulders these past few weeks, months, years, decades—and so this year we worked harder than ever to bring speakers from all over the globe with big ideas for solving big problems to the TEDWomen stage. I’m pleased (and a little apprehensive!) to add that for the first time, I will be speaking from the TEDWomen stage as a speaker myself.

Here’s the good news: Casting a worldwide net revealed so many amazing, bold and brilliant women to us that the truly daunting task was figuring out how to pick the right group!

Hindou Oumarou Ibrahim is an environmental activist from Chad who advocates for the wider inclusion of indigenous people, knowledge and traditions in the global movement to fight the effects of climate change. Nobel laureate and former president of Liberia Ellen Johnson Sirleaf promotes freedom, peace, justice, women’s empowerment and democratic rule. She’ll share her experiences leading Liberia’s recovery following a decade-long civil war. Award-winning singer and producer activist Denise Ho has seen her music banned in China because of her criticism of the government. As a visible leader in the pro-democracy movement in Hong Kong, she is also a tireless, fearless advocate for LGBTQ rights.

American OB/GYN Dr. Jen Gunter is on a mission to correct the misleading information that infects online medical resources and affects the health and wellbeing of so many. Venezuelan cartoonist Rayma Suprani’s life’s work is speaking truth to power—even when being outspoken comes at a steep price. South African photographer Zanele Muholi is working “to rewrite a black queer and trans visual history of South Africa,” even as hate crimes against South Africa’s LGBTQ community are on the rise.

You can take a look at the full lineup on the TEDWomen website. There are very few spaces left, so please apply today if you’d like to attend.

This piece was originally posted on Pat Mitchell’s blog. Republished with permission.

Pat Mitchell is known for her leadership in the media industry as a CEO, producer and curator. She partners with the TED organization to co-curate and host an annual global TEDWomen conference and is the chair of theWomen’s Media Center and Sundance Institute boards, a founding board member of V-Day, a member of the board of the Acumen Fund and a member of the Council on Foreign Relations. The first woman president and CEO of PBS, she most recently served as president and CEO of the Paley Center for Media; she is now a senior adviser to the organization. She is also the former president of CNN Productions, where she executive produced hundreds of hours of documentaries and specials, which received 35 Emmy Awards and five Peabody Awards. She was inducted into the Broadcasting and Cable Hall of Fame in 2009. 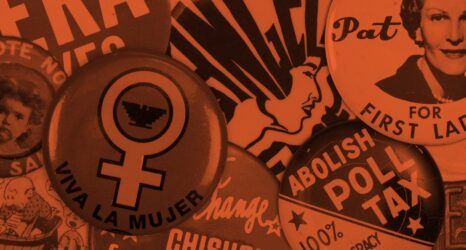 Strength in Stories: The Transformative Power of Talking About Breast Cancer

From Latchkey to Lock-in: Solo Moms Don’t Get to Choose Between Parenting and Providing
Being a Woman in Politics Shouldn’t Come with Death Threats
#TaylorIsFree: Taylor Swift Takes Back What’s Hers