+ YouTuber Stevie Boebi, in an interview with Ms.: “I think that’s really why I do what I do: because I am so angry at not being told about sex. The school didn’t tell me the difference between my vulva and vagina! I didn’t know I had a vagina until I was like 14!”

+ Geena Davis, while accepting an honorary Oscar for her work to improve media representation: “Do we really want to stand by the idea that its fine for female characters to be one-dimensional, narrowly-stereotyped, hyper-sexualized or simply not there?”

+ Philadelphia’s Domestic Workers Bill of Rights, which was recently passed by the City Council, makes the City of Brotherly Love the largest city in the country to extend rights to domestic workers—who are predominantly women, women of color and immigrants—and the first city to establish a portable paid time off system in the United States.

+ The 2019 elections in various states Tuesday produced a slew of milestones for women and feminists, who won at the ballot box over and over again.

Read a full report on the results from Ms.:

+ New York City voters approved a measure to institute Ranked-Choice Voting Tuesday, doubling the number of Americans who can now vote for multiple candidates in order of preference—and participate in an electoral system that eases some of the challenges women candidates often face.

+ Switzerland’s 2019 elections culminated in many historic outcomes, including the highest turnover of seats (58)—with the People’s Party losing 12, the Green Party adding 17 and women seizing 20 more in the House of Representatives.

+ The Affordable Care Act is once again being challenged before the Supreme Court. The Center for American Progress released research showcasing the impact rolling back the landmark package would have on women, especially those with pre-existing conditions.

+ New research from Ms. contributor Lucina DiMeco—based on interviews with over 85 women leaders from 28 countries working in politics, civil society movements, journalism and tech; a literature review of coverage by over 100 publications; and an AI-powered analysis of the 2020 primaries—reveals that female candidates are attacked more often than male candidates by trolls and bots online; that women have nonetheless also used social media to build powerful communities around their campaigns; and that traditional media obstacles to women’s political ambition persist. It also details actionable, evidence-based solutions and innovations that traditional and social media outlets, political parties, policy-makers and female politicians can implement to change the narrative. Click here to learn more and download “ShePersisted. Women, Politics & Power in the New Media World.”

+ New analysis by the American Association of University Women adds nuance to our understandings of the gender wage gap. Their latest report confirms that the gender wage gap is narrower in sectors with more wage transparency—in the federal government, for instance, where salary ranges are published, there is a 13 percent pay gap between men and women, but in the private for-profit sector, the gap is 29 percent—and lays bare the compounding damage it causes for women in retirement, when their overall income, including Social Security, pension, interest and dividend income and other sources of income, is only 70 percent of men’s. Click here to read the 2019 update to AAUW’s report The Simple Truth About the Gender Pay Gap.

+ A landmark study released this week by Professor Ange-Marie Hancock Alfaro, Chair of the Gender Studies Program at the University of Southern California’s Dornsife College of Letters, Arts and Sciences, illustrated the disproportionate toll California’s ongoing housing crisis has on women of color. Through a quantitative analysis of data compiled through interviews and focus groups with 465,260 African Americans, 1,027,778 Asian Americans, 3,528,414 Latinas and 5,157 Native Americans (that’s a total of 5.6 million women), she exposes the failures of policymakers in the space who push for “transit-oriented development without attention to safety, quality child care and the gender-race pay equity gap,” which she declares “won’t help women of color.” Click here to download “Finding and Staying Home: Women of Color in California’s Housing Crisis.”

+ To mark the one-year anniversary of the massacre at the Tree of Life Synagogue in Pittsburgh, the Anti-Defamation League, in partnership with the Charles Koch Institute, Ford Foundation, Soros Fund and other organizations, released the final report in a year-long project on combating extremism. Inside the report and through a companion podcast, the authors examine how the public and private sectors can address increases in acts of hate, intolerance and political violence across the country. Click here to learn more and read the “Communities Overcoming Extremism” report. 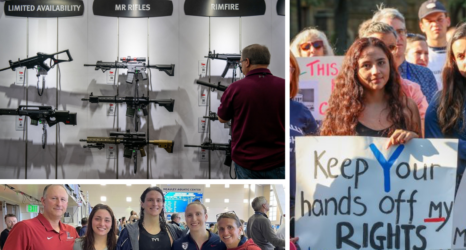