Stevie Boebi has been creating sexual health and sex education videos for people with vulvas for years, and while she hesitates to call herself an expert in the field, she must be doing something right—her YouTube channel has more than 600,000 subscribers and her most popular video has over 6 million views.

Boebi’s videos cover topics from jealousy to how-to guides for sex. Growing up in small-town Texas, these are the topics Boebi herself was often not well educated on, and she’s determined to give other people the resources she never had.

“I think that’s really why I do what I do,” Boebi said, “because I am so angry at not being told about sex. The school didn’t tell me the difference between my vulva and vagina! I didn’t know I had a vagina until I was like 14!”

With the help of her co-writer and manager Dan Owens, Boebi has created a space where humor is used to diffuse any tensions and reservations surrounding the topics at hand so that everyone can receive comprehensive sex education.

She spoke with Ms. about how she came to make sex education videos and why the conversations they foster are so important. (Editor’s note: This interview took place in the summer of 2018.)

I know you came out in your late teens. How did you learn about what healthy sex looks like for a queer woman? Where did you turn to in order to find comprehensive sex ed?

It took me a long time, and I’m still trying to find resources. I think for me it was talking to people and asking them where they found out this information and personal experience. Which really sucks. I should know about sex before I’m having it, you know what I mean? I asked other sex educators and tried to find the little research we do have about people with vulvas having sex with each other.

(Researching for) The lesbian sex video was actually really hard. I was calling places that should be educating people about sex ed and they just kind of had no idea. I called one of them and they were like, “Oh we are concerned with reproductive sexual health.” I was like, “Cool, cool, cool. Got it. Dope.”

So, how did your personal experience trying to find sex education impact the work you are doing now?

Realizing how difficult it was to access information for someone who maybe doesn’t have any queer friends, or isn’t having sex yet or doesn’t even know a queer person, and how hard it was for me, having all of those things to access that information, really opened my eyes.

I guess the first reason was I kept getting a bunch of questions from my viewers about sex, and they were such silly questions like: Can I get herpes on my finger? I was like, “Oh my god, why don’t they know any of this stuff?” Then, I was like, “Wow, it’s because it doesn’t exist anywhere.” A straight kid can look up sex and find sex ed about it. Even a gay guy could, and I think a lot of that is in part to the HIV epidemic, which I’m so happy it’s there for gay men, but its just not there for lesbians.

And, when did you start making lesbian sex ed videos?

Two years ago I started making specifically lesbian sex ed videos. I had done some relationship advice and some “light sex ed.” Then I was like, “Nope, this is what I want to do.”

I was worried at first because I felt like lesbians are so overly sexualized, and I didn’t want to contribute to that by talking about sex, but then its like, no that’s literally part of the reason why, because no one knows. Everyone’s asking, “Oh do you scissor?” We are the most overly sexualized and must under educated demographic.

Your videos have a (hilarious) recurring theme of these horoscope-based characters that ask a lot of the “silly” questions I think many queer people may have at some point in their life. Why do you think it’s important to bring humor into your videos?

A lot of people talk about grounding techniques. Like, when you’re feeling anxious or upset, what grounds you? For me, that’s definitely jokes. Sympathy doesn’t work for me. Give me some good jokes. Make fun of me, make fun of yourself, make fun of the situation, and I’m in. I think humor is really important to be able to relate to people.

The second reason it that YouTube used to have these rules that said if you’re creating sex ed content it cannot be to incite arousal. So, I was like, “Alright, I’ll just make myself look silly and stupid and nobody can get turned on at this!” It was kind of a way to make sure my content was good for all ages and not “sexy.” I didn’t want to create “sexy” sex ed. I think a lot of people should, and I think that’s great, but my choice was to not go that route.

What do you hope your videos provide viewers?

I hope information. I have a little bit of imposter syndrome because I don’t have a degree in this. I haven’t been doing it very long. I’m a peer sex educator so I’m kind of just sharing my own experience and what I think people need to know.

I have started working more with people who do have a lot of credibility in the field to try to fact check my videos and stuff like that. But, yeah I hope people come away from my videos having learned something, and even if they aren’t a queer person with a vulva I hope they stop asking lesbians in their life stupid fucking questions. Instead, they can just watch our video! Google it, bro.

Why do you think you’ve found such a fan base and such success with your videos?

Well, I’m the only person doing it. So, there’s not really a lot of competition. I don’t know why the hell people still watch me honestly. I am so inconsistent; I only have enough time and energy to make like one video a month, which is apparently really against the rules. I’ve somehow managed to keep my audience this long. My audience is fucking amazing. They are so supportive. I love them so much. I just think I’m bringing something to the table that’s different.

What’s next for you?

I would love to do different types of content creation. I would like to diversify. I might start streaming and do a Q&A forum. I’ve also spoken at a couple events for colleges and stuff. So, I would love to come to your college!

Hope Lenamon is a former editorial intern at Ms. and a journalism major with a double minor in electronic media and communications and women's and gender studies at Texas Tech University. She enjoys writing, taking mediocre photos and the company of her dog, Miley. 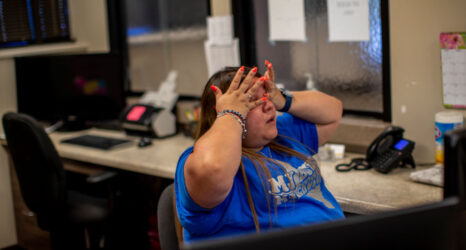 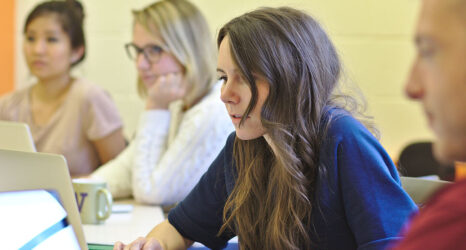