A steady voice gave the countdown over a loudspeaker, and viewers in the stands picked it up: three… two… one! We heard a rumbling like the earth was growling. No one seemed to breathe as the shape between four tall posts across the water exhaled a plume of white smoke.

Suddenly, with a flash of light and a triumphant yell from the crowd, the Falcon 9 soared skyward. The bleachers shook. We watched in rapt delight. One young woman’s voice crowed: “Go, baby, go!”

“Dragon takes a few days,” explained Jessica Jensen, Director of Dragon Mission Management at SpaceX in a pre-launch press conference, “and early on the morning of December 7, around 6 a.m. Eastern time, Dragon will once again rendezvous with the Space Station, where it will stay for approximately one month.”

During that month, research will be conducted in microgravity on topics ranging from how fire spreads in confined spaces, to therapeutics for patients with Parkinson’s disease and multiple sclerosis, to prevention of bone fragility and muscle loss.

“We are taking advantage of the microgravity environment in space to improve the lives of people on earth,” Paula Grisanti, CEO of the National Stem Cell Foundation, remarked. Looking around the room, she also made a blunt observation: “And a lot of us are women.”

When the Apollo 11’s lunar module first touched down on the moon in 1969, only one woman was counted on the Mission Control technical staff – Francis “Poppy” Northcutt. Today, NASA’s workforce is only 34 percent women—but SpaceX is being led by President and COO Gwynne Shotwell; astronauts Christina Koch and Jessica Meir completed the first all-female spacewalk in October; and the organization is planning a new lunar mission called Artemis, named for Apollo’s twin sister, that promises to put the first woman and the next man on the moon by 2024.

Scientists sending their game-changing research up to the ISS with CRS-19 and those looking on are celebrating these triumphs, cognizant of their responsibility and mindful of generations coming up behind them. We should all be looking on with them—and learning from the women among them.

Here are five lessons gleaned from the latest SpaceX launch about women taking up space.

#1: Be Open To Possibilities

“My job is to introduce companies and universities to what is possible on the space station. They may not be coming at it from the STEM side, but once I explain what we can do – how their business objectives might be furthered by the availability of rockets and astronauts – the possibilities blow wide open. Most people think space science is out of reach, but it isn’t.”

#2: Your Team Is Everything.

“I’m from Space Tango and we’re supporting the research being done by the National Stem Cell Foundation. From the perspective of the women involved in this project, we found the right teams and we trust their vision. The team is everything: if one group has the vision and another has the science and tools, and you can bring them together to make new and profound scientific discoveries…that’s exciting.”

“More girls and women need to be involved in STEM fields, but I hope today’s girls don’t see gender as a barrier. There are many, many women who are celebrated researchers and thought leaders in their fields. They’ve been paving the way for girls and women, who see and follow their example, for many years.”

This kind of confidence and gender-blind optimism is already reaching the next generation of space leaders.

“I started my project with NASA’s CubeSat Launch initiative really young, at 18, and I was very scared. But then I thought, it’s good if you feel fear because that means you’re excited about something. So always chase your dreams, because maybe it’s not actually that hard…it’s just scary. So, fear is good.”

#5: Seriously, Nothing is Impossible

“People think you have to be grown up to know what you want to do, but I was eleven when I figured out I wanted to be an engineer for NASA. Now I’m 12 and I’m already at a launch. Nothing is impossible. Seriously.”

Let those words ring in your ears as the bleachers stop shaking. If SpaceX’s recent launch and partnership with ISS and NASA teach us anything, it’s that everything is possible.

Stay tuned for upcoming launch events here and watch them live here. Get ready to join the countdown—because in the next few months and years, it won’t just be scientific discovery that is emboldened by space. It will be the roles women play and the role models they become.

Illana Raia is a lawyer, lecturer and the founder of Être, a mentorship platform for motivated girls. She contributes to HuffPost, Thrive Global, Ellevate and Mogul, and her first book Être: Girls, Who Do You Want To Be? was released on Day of the Girl 2019. She cheered herself hoarse at the December 5th launch and is grateful to ISS for the invitation. 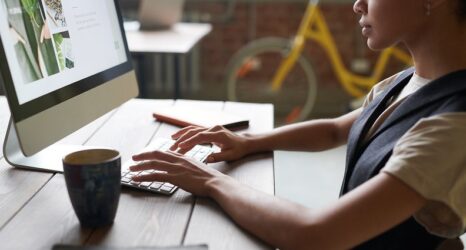 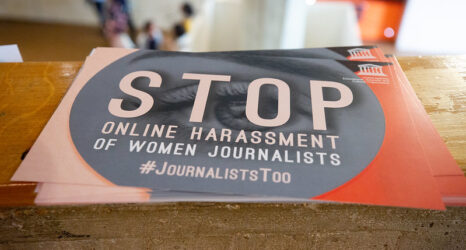