The Most Famous Feminist You’ve Never Heard Of - Ms. Magazine
Skip to content

A century ago, our newspapers couldn’t stop writing about the Russian, Alexandra Kollontai—a woman so dangerous the United States government deemed her a national security risk.

In 1918, Current Opinion called her the “Heroine of the Bolsheviki upheaval in Petrograd” and announced to its incredulous readers that “she holds a cabinet portfolio, dresses like a Parisian, and does not believe in marriage.”

In 1924, The Philadelphia Inquirer wrote that the “Communist Valkyrie is [a] match for any man in diplomacy.”

A year later, The New York Times accused her of arranging fake marriages to promote “red propaganda” in Norway.

In 1927, the Washington Post revealed that the new Soviet diplomatic envoy to Mexico—“who has had six husbands”—had been refused a landing in the United States. Her worldwide reputation as “the Red Rose of the Revolution” or the “Jeanne d’Arc of the Proletariat” unsettled the Americans, who feared her mere presence might incite public disorder.

Although she once crisscrossed the globe advocating for women’s rights, most Americans know nothing of her life or work today. In the stories written and recycled each year for Women’s History Month, Kollontai never makes the pantheon of activist goddesses worthy of adulation.

Because she was a socialist, Kollontai gets written out of the herstories of global feminism.

Alexandra Mikhailovna Domontovich was born in Saint Petersburg in 1872, the daughter of an aristocratic Russian general. As a child, Alexandra learned to abhor the transactional nature of marriage after watching an elder sister marry a rich man fifty years her senior.

Defiant of her mother’s expectations that she should also make a “good” marriage, Alexandra wed a poor cousin, Kollontai, at 21. She gave birth to a son, but motherhood could not suppress her growing passion for politics.

Although there was already a Russian women’s movement, Alexandra Kollontai believed that the “bourgeois feminists” could never free working-class women from opression. She argued that the fight for women’s emancipation would only succeed if working women allied with economically disadvantaged men to overthrow the Tsar.

In the early 1900s, she agitated among female textile workers in Saint Petersburg—leading reading groups, writing and smuggling radical pamphlets, and raising funds to protect striking women and their families.

Hunted by the secret police, Kollontai spent years in and out of prison as an exile in Western Europe. She even came to the United States in 1915, visiting eighty-one cities, and delivering over a hundred lectures speaking on socialism, women’s rights, and pacifism in four different languages.

In 1917, she returned to Russia and Lenin appointed her the Commissar of Social Welfare in the first Soviet cabinet. Kollontai oversaw dramatic revisions in Russian family law and helped organize the rapid socialization of women’s domestic work through a vast network of public children’s homes, laundries, cafeterias, and mending cooperatives.

The new Family Code overturned centuries of patriarchal and ecclesiastical authority over women’s lives, scrapping all legislation that once reduced women to the property of their fathers or husbands. The new Soviet constitution recognized men and women as equals for the first time in Russian history.

Although Kollontai entered diplomatic service abroad after 1924, and Stalin eventually reversed most of Kollontai’s work, she managed to survive the violent purges of the 1930s.

She served as the ambassador to Sweden throughout the Second World War and was twice nominated for the Nobel Peace Prize in 1946 and 1947 for brokering the Finnish-Soviet ceasefire.

Kollontai’s emphasis on the public provision of services for women and children infused the key international United Nations treaty on women’s rights, The Convention on the Elimination of All Forms of Discrimination Against Women (CEDAW), which has been ratified by 187 countries (but not the United States).

Even so, American women benefitted indirectly from Kollontai’s long history of activism because Cold War superpower rivalries forced the U.S. government to pay attention to women’s rights. In many ways, we live in the world that Kollontai helped create one hundred years ago.

But when I think of Kollontai and her legacy today, I also remember the tale of how she saved a colleague’s parents from the Nazis.

It was 1940, and the Germans had just overrun Norway. Having already escaped one from a concentration camp, a man named Hans Cerf turned up, desperate, in the Soviet Embassy in Stockholm. As German Jews trying to get out of Europe, Hans and his wife needed Soviet transit visas.

After an initial inquiry, the clerk told Hans visas required six weeks of background investigations. But at any time, the Germans might invade and ship them off to Auschwitz.

“The door opened and a beautiful bosomy lady—all in black—stormed in in a hurry. Momentarily I realized that this must be Madame Kollontai, the Russian ambassador to Sweden.

“Now, Hans, I said to myself, where is your Russian? … I stepped before the lady: ‘Listen comrade Kollontai, I am a comrade too, and I have to get out NOW!’”

Kollontai looked him up and down and decided she liked him. She turned to her clerk and ordered him to grant the visa. Hans hastily explained that he also needed one for his wife. “Give him two!” Kollontai commanded and disappeared. As a woman in a rare position of power, Kollontai used her authority to ensure that Hans and Kate Cerf escaped.

“If it weren’t for Madam Kollontai, I would never have been born!” my colleague, Steven Cerf, a professor in the German department, wrote to me one day. “Madam Kollontai is a hero in our family!”

Our collective feminist history is littered with tales of extraordinary women who fought tirelessly for equality, peace and justice. And we must expand this history to better include the many activists and leaders like Kollontai who lived and struggled to promote the ideals of socialism.

But this year, as the lead up to perhaps the most important presidential election of our lives renders the political climate ever more polarized, contentious and cruel, it’s worth remembering that small acts of extraordinary kindness can leave as lasting an impact as a lifetime dedicated to a larger cause.

Kristen Ghodsee is a professor of Russian and East European Studies at Penn and author of Why Women Have Better Sex Under Socialism And Other Arguments for Economic Independence (Bold Type Books, in paperback March 3). 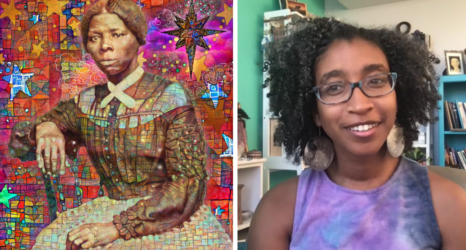