On Thanks, Birth Control Day, we give thanks for the many opportunities birth control has and continues to make possible for women, families and society since the Supreme Court made it legal for married women in 1965 and all women in 1972.

Megan was raised by her grandparents in a remote, small town in Eastern Kentucky. For a young person trying to avoid an unplanned pregnancy, information about contraception was not readily available. When she needed contraception, Megan consulted with her gynecologist who, through shared decision-making, provided her with the care she needed.

Later, when the pharmacy in Megan’s new college town wouldn’t fill her prescription, every month Megan was forced to drive two hours each way so that her pharmacy back home could fill her prescription. Thanks to birth control, and sheer perseverance to avoid an unplanned pregnancy, Megan was able to do just that, finish school and pursue her professional goals.

These challenges appear to be increasing as the pandemic further limits contraceptive access and takes a financial toll, particularly on women with lower incomes. Not surprisingly, public concern over the ability to access and afford a preferred method of contraception is growing.

Further data also revealed that Democrats were significantly (69 percent) more likely to be concerned than Independents (49 percent) or Republicans (32 percent) about the shift in the Supreme Court.

The same survey also revealed a notable increase for the appreciation for birth control compared to last year. The vast majority of respondents age 18 to 34 (94 percent)—compared to 72 percent in 2019—said they are thankful that birth control allows them or their partner to decide if, when and under what circumstances to get pregnant and have a child.

‘Thanks, Birth Control’ Day Celebrates All That Contraception Makes Possible

This and other survey findings were released Wednesday from Power to Decide in honor of its eighth annual Thanks, Birth Control Day. On Thanks, Birth Control Day we give thanks for the many opportunities birth control has and continues to make possible for women, families and society since the Supreme Court made it legal for married women in 1965 and all women in 1972.

What birth control makes possible is evident in every opportunity that has allowed women to thrive. To name a few, birth control has contributed to the 30 percent rise in women’s wage gains between the 1960s and the 1990s.

Our work in reproductive health tells us that the pandemic and shift of the Supreme Court have contributed to the increase in people’s concerns over their ability to access the health care they need to stay healthy. We must harness all the increased support and appreciation reflected in our survey and continue to work towards ensuring that the full range of contraception options is available to all. Only then can we help reduce the challenges young people like Megan presently face.

Today, on Thanks, Birth Control Day, we take a moment to recognize all that birth control helps make possible—particularly the power to decide if, when and under what circumstances to get pregnant and have a child.

Gillian Sealy is the CEO of Power to Decide, an organization that works to ensure all young people have the power to decide if, when and under what circumstances to get pregnant and have a child. 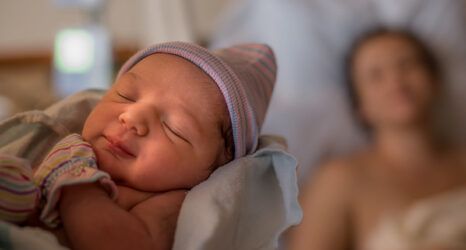 Sex Sells—But Why? and How? Author Maria San Filippo on Sexual Provocation in Film and TV
Financial Education Won’t Fix Poverty. We Need Structural Change.
How the Biden-Harris Administration Can Boost the #MeTooK12 Campaign to End Sexual Harassment In Schools