The Story Behind Her: Kim Bui and Emma Carew Grovum Are Dedicating Space for and by Newsroom Leaders of Color - Ms. Magazine
Skip to content

Women journalists have always been at the forefront of change—so as the U.S. faces compounding crises, it’s no surprise that women journalists are stepping up to bring truth to the public.

During Women’s History Month 2021, the International Women’s Media Foundation and Ms. began spotlighting women journalists who are making the news media stronger, more diverse and equitable. But their work didn’t end on March 31—and neither does ours. Change starts with recognizing the people behind the byline. All year, join us to learn The Story Behind Her.

This month we’re featuring two journalists: P. Kim Bui and Emma Carew Grovum, who just launched the “Sincerely, Leaders of Color” newsletter—described as “a column for people who want a different experience for journalists of color in their newsroom.” As Bui and Carew Grovum write in the series’s inaugural column:

This isn’t a space where we will address why racism is wrong. This isn’t a space where we can fix everything. But we hope to foster productive conversations (including direct dialogue with one another in the DEI Coalition), create new lines of thinking, and address solvable problems — problems that we can truly fix through individual actions and collective change. ….

The point of this is how we build better connections without burning it all down, or at least burning it all down sustainability. Frankly, few leaders are prepared or taught how to lead inclusively, and even fewer journalists of color who make it to management are given any preparation at all.

Day to day, Kim Bui (@kimbui) is also the director of product and audience innovation at The Arizona Republic in Phoenix. Emma Carew Grovum (@emmacarew) is the founder of Kimbap Media based in Brooklyn.

I am a journalist, but I’m also…

Kim Bui: a misfit, a budding fiber artist, a Vietnamese American, a widow.

Emma Carew Grovum: a builder, a problem solver, a chaos Muppet pretending to be an order Muppet, and very likely a panda. I’m Korean adopted and spent 20 years in the Midwest.

How do your identities shape your work? When did your intersections help you do your job better or help you approach work differently?

Carew Grovum: Being different has helped me build a strong practice of empathy, or at least that’s what I’d like to believe. Thankfully I had mentors and educators in my life who taught me to embrace what made me different and to bring those differences to my work, not hide them from it.

Bui: When I was in the third grade, I created a club called Weird People Incorporated (it was mostly my friends). It took me a really long time to come about my identity and I still am working through my own intersectionality. I was a smart brown kid in very, very white Iowa. I was lonely. I assimilated until I reached college, where I was introduced to William Cross’s work on racial identity, thanks to some mentoring through my scholarship. I think a lot about how I may be more mindful of being Asian American, but the other intersections of my life are still hard for me to process. It reminds me, often, that empathy when approaching people is the best bet, because we all have seen and unseen dynamics.

You just launched the “Sincerely, Leaders of Color” newsletter. What gaps or challenges in news media leadership is the column addressing?

We have seen a rise in the number of spaces for journalists of color, which is really exciting. But the work cannot just be done by journalists of color—there is work to be done with allies, and with those who are trying to be allies, but don’t really know how. On top of that, there is a significant lack of leaders of color who are equipped to take on the highest spaces in journalism. Women and people of color drop out on the climb through editing and leadership ranks to executive spaces. We need to talk about that. Sincerely, Leaders of Color is meant for *all* people who want journalism to be better for people of color and other backgrounds.

May is Asian American and Pacific Islander Heritage Month, and it’s fallen amid an increase in hate crimes and racism toward the AAPI community. As AAPI women and journalists, how have you taken care of yourselves and each other this past year? How have your communities supported you during challenging times?

Bui: Emma and I are in several group chats with friends. We make each other laugh, send each other care boxes, and have movie dates. I am on the phone more with friends, and I also do video messages via Marco Polo.

For myself, I try to give space to do nothing. Multitasking has been draining me, so one thing at a time. I am so, so grateful for my mentors, friends and colleagues who all showed up after my husband died. I can never express that gratitude enough. Every text, call, letter or package made it a little easier.

Carew Grovum: I’m a nurturer by default. During the pandemic, I’ve discovered a love for sending flowers to friends and family; knowing I’ve brightened someone’s day is a huge way I refill my cup. My number one piece of advice to folks who are struggling with the isolation and trauma of the past two years is simple: Find a way to spread joy. It could be as simple as sending a friend a joke, stopping to admire a beautiful flower and sharing it on Instagram, or as lavish as sending a care package or flowers.

The IWMF’s annual #CheckYourBylines campaign is encouraging people to seek out stories by women and nonbinary journalists from a diversity of backgrounds. Give us your recommendations: Whose bylines should folks be checking?

Lam Thuy Vo is one of my favorite people, period. Her work in creating empathy in data and telling true, fair stories about inequity with that data is unparalleled. (Check her out on Twitter.)

Juana Summers is a longtime friend and an amazing reporter. At a time when there are so few women of color changing the way politics are reported on, Juana is out here doing the work and making the change. (Check her out on Twitter.)

Who’s in your ideal group chat?

Michelle Obama. The owners of Universal Standard (we both wear a lot of their clothes). RBG. Brandi Carlile. Shonda Rhimes. Each other.

The International Women’s Media Foundation's mission is to unleash the potential of women journalists as champions of press freedom to transform the global news media. 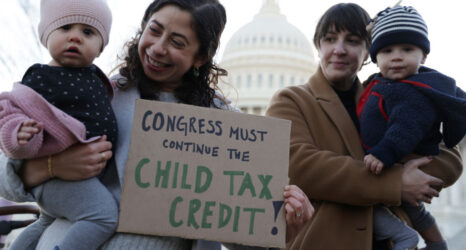