Biden committed to protect the sexual and reproductive health and rights of people in the U.S. and abroad. By removing the Hyde Amendment from his budget but leaving in the Helms Amendment, he kept only half of that promise.

On May 28, President Biden fulfilled a critical campaign promise by submitting his budget without the Hyde Amendment for people enrolled in Medicaid, which for over 40 years has denied insurance coverage of abortion for people in the United States working to make ends meet. This is a historic step in the right direction and it was only made possible because of the critical leadership of women of color over the course of decades. Eliminating the Hyde Amendment from the presidential budget helps ensure that everyone in the U.S., no matter how much money they make, can make their own decisions about their future and health with dignity and respect.

Soon after he took office, President Biden committed to protect the sexual and reproductive health and rights of people living in the U.S. and abroad.  But by removing the Hyde Amendment from his budget but leaving in the Helms Amendment, he kept only half of that promise.

Since 1973, Helms has acted as a complete ban on abortion services through U.S. foreign assistance and has controlled the reproductive health of women living thousands of miles from the United States using the power of U.S. funding. It has allowed the U.S. government to tacitly contribute to millions of maternal deaths and injuries from unsafe abortion.

Annually, 35 million unsafe abortions  occur in low and middle-income countries. Under the Helms Amendment, all U.S. foreign assistance remains unavailable for abortion services, training and equipment, and even abortion information and counseling. Repealing Helms will have a significant effect on the sexual and reproductive health of women everywhere. In a report outlining the benefits of repealing Helms, the Guttmacher Institute estimates there would be approximately 19 million fewer unsafe abortions and 17,000 fewer maternal deaths each year if Helms were repealed. The overall number of maternal deaths due to abortion in the countries affected by Helms would decline by 98 percent and there would be 12 million fewer women each year who have abortion-related complications requiring medical treatment.

The Helms Amendment is rooted in racism, colonialism and patriarchy—all systems of oppression that we should be working to dismantle, not uphold. By keeping the Helms Amendment in his budget, President Biden condones a policy preventing millions of people across the globe from accessing the critical abortion care that they want and need, and from making the reproductive decisions that are best for themselves and their families.

It is also clear that Biden is not listening to American voters on this issue: More than three in four voters say ensuring people have access to the full range of reproductive health care, including abortion, is extremely important. In fact, a majority of U.S. voters favor overturning the Helms Amendment so that foreign assistance funds can help people access abortion.

U.S. foreign assistance is supposed to help families and communities, but the Helms Amendment has done the opposite.  All people, regardless of where they live, should be free to make their own reproductive health decisions with dignity and to control their own lives—that is why Helms must be eliminated entirely.

Including Helms in the presidential budget is not the end of the road. Congress can right the course by passing federal appropriations bills that eliminate the Helms Amendment, and all abortion funding restrictions, including the Hyde and Weldon Amendments, as well as passing the Abortion is Health Care Everywhere Act to fully repeal Helms once and for all.

Bethany Van Kampen is a senior policy advisor for Ipas where she leads their U.S. abortion foreign policy work, and specifically efforts to repeal the Helms Amendment. Prior to joining Ipas, she worked as a senior policy analyst at the National Latina Institute for Reproductive Justice and as a legislative fellow in the office of Sen. Barbara Boxer (Calif.). She received her law degree and master of social work from Tulane University, where she co-founded and served as president of If/When/How and was a member of the Tulane Domestic Violence Law Clinic and the Legislative and Administrative Advocacy Clinic. Prior to graduate school, Bethany served in the Peace Corps in Costa Rica. Bethany was the Newcomb College Institute of Tulane University Lindy Boggs Fellow and recipient of the Tulane University Crest Award for Service and Leadership. 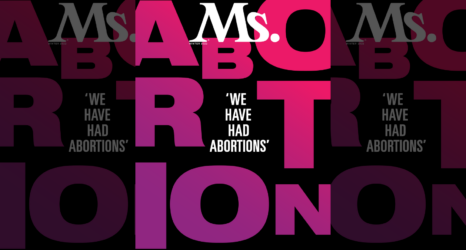