In the male-dominated field of stand-up comedy, it’s rare to find spaces that champion the development of female comics. That’s why we love Carolyn Castiglia: a performer, writer, producer, director and teacher committed to creating spaces where women thrive.

Ms. first caught up with Castiglia when she was teaching “Women, Stand Up!” at the People’s Improv Theater in Manhattan. The class was developed in 2018 to help dozens of women, most of whom had never attempted comedy before, learn how to find their voice and prepare five-minute sets. At the end of the workshops, students got to perform on the same stage on which comedians Ellie Kemper, Kristen Schaal and Michelle Wolf got their starts. At those showcases, Castiglia had corralled a friend to come videotape her students so they could have professional samples for auditions and watch their body language. The room, a Blackbox theater on West 39th Street, had a full house and the audience’s laughter made it easy to forget it was a student showcase.

“Carolyn reminds us to be louder and more confident in what we’re saying,” Zoë, a “Women Stand Up!” alumni told Ms. “In general, that’s just good advice for women to hear.” Since the conclusion of the class series, some of Castiglia’s students have secured professional comedy gigs, including work as a writer with Showtime’s Ziwe and as a script coordinator at SNL.

During the pandemic, the multi-hyphened performer has continued the practice of developing her own unique style of comedy and helping other women do the same. Since COVID-19 hit, she’s been working with the female-owned GOLD Comedy to set up digital classes targeted toward teen girls and non-binary folks. She also co-hosts Daughter Knows Best with her “much smarter, wiser, more sophisticated daughter, Adriana.” Together they interview other parents and kids about the tragedies and triumphs of growing up.

In addition to the podcast, the comedian teams up with No, You Tell It!, a nonfiction reading series that helps participants share personal stories. She also has a new stand-up show, Cool Mom, with stories and music about what it means to be a daughter and a mother through comedic bits about illness, puberty, sex, gender, pizza and cake.

Castiglia gave Ms. 10 tips she tells her students to orient themselves in the space of comedy and develop their own point of view. “Teaching gives me the chance to show myself what I’ve learned,” she said. “Not just about comedy, but about life.”

1. You’re not here to be morally good.

“So much of what holds women back in any field is the way that we are so critical of ourselves,” Castiglia said. “We’re taught from day one: How could I present better to the world? All throughout the rest of life and the rest of your day you’re having to be good: good enough, palatable, pleasant—and take care of everyone else.

2. Mine material from a personal place.

“When we have writing sessions in class, I help students craft stand-up that’s coming from a specific and passionate place,” said Castiglia. “That’s the kind of stand-up that I like to watch. It doesn’t mean that some of the jokes won’t end up being observational; it just means write jokes about the things you care about. For example,  ‘Love’ is a theme I do every class—not so much dating, relationships, and sex but what do you love? Who do you love?

“From there, students think about more specific things. ‘I love my grandfather and here’s this story that happened….’ Then I tell them to circle three things from all of the stream of consciousness they did and select one, two and three. Your number one is something you can get up on in class right now and talk about. Your number two is probably funny, but you might need to work on it a little bit. Number three is a thing that surprises you or scares you, or is something you would never talk about it to the public ever. Then, they get up on their feet based on one and riff essentially.

“After doing that for a few weeks, they pick one of the topics and start to massage it and codify it into material. I let their comedy be organic first, then we edit and polish.”

“Tough topics are the best,” Castiglia said. “I mean, if everything was fine we’d have nothing to say. I really encourage students to mine their lives for the difficulties—not just because it’s good fodder, but because they get to have the experience of triumphing over the adversity through comedy.

“I have had several students with cancer. There was one who kept muttering, ‘It’s fine,’ after her cancer jokes. I told her it’s not fine, and you get to say that. Women have to believe, understand and know they have the authority to say what they’re saying. This is such a unique and specific struggle. Revealing your feelings about it is going to be funny. Getting them to trust that their story brings something funny to the table and it does.”

4. You control the narrative.

Castiglia reminds her students of the power they have as the storyteller. “When you control the narrative as the storyteller, you say how it goes,” she tells her classes. “You’re actively re-framing the experience for yourself. So, you are the hero even if you weren’t the hero in the moment. Or you weren’t strong enough. Or you didn’t know what you needed to know. Now, in the telling, you’re the boss and you can show everyone what you’ve learned and how you’ve grown.”

5. Being a female stand-up is counter cultural.

“Women are taught to be in the shadows in society,” one of Castiglia’s students told Ms. “You can contribute… but then you have to be quiet. Otherwise, don’t contribute at all.”

Stand-up is the opposite of what women have been taught—especially in Castiglia’s classes where women get to tell a room full of people: Listen to me. I deserve your attention.

6. Be willing to interrogate your own biases.

“I actually thought we were all going to tell the same exact Bumble stories,” one student confessed. “That first class I noticed how many prejudices and stigmas I hold against other women. It was important for me to see we are not all the same, how everyone had a very different topic. I thought: Why are you being prejudiced? You know women are complex because you’re complex.”

Aspiring comedians in Castiglia’s class are reminded that a single location can be hugely effective. “You don’t have to define yourself so quickly,” Castiglia said. “You’re always going to be yourself—why not explore a narrative that happens in one setting? It has a beginning, a middle and an end. In comedy there’s got to be a payoff, right? In that setting, you can set up punchlines and jokes. You can do a rant on a topic.”

8. Find your own personal comedy superpower.

“It might not necessarily be a topic,” Castiglia said. “Your superpower might be a style of delivery or it might be a persona thing. For some people, it could be that their pace is dead-on. For other people, it could be the way they instinctively come up with great word pairing. I want my students to know that they’re funny in the particular ways that they’re funny. It’s different for everyone so the key is listen to yourself to find it and then get out of your own way.”

9. Feel free to be gross, unlikable and politically incorrect.

“Boys and men think they own the market,” Castiglia said, “but women know how to make each other laugh in the sickest, deepest, darkest ways.”

At the “Women, Stand Up!” showcase, one of the funniest bits was from a student named Ellen, who had the room squirming over a business that sells only cheese graters and foot graters: products which look exactly the same.

In the same class during a rehearsal, a professional woman named Meghan told a story about a time she really had to pee late at night in New York. She painted the scene of trying unsuccessfully to find a bathroom, tearing through the city in an escalating panic until, mortified, she found herself on a subway platform with urine slowly filling up her pantyhose. The group was shaking with laughter at the height of her act, when she pulled off her shoe and pantomimed dumping it out.

10. Practicing with other women, in a safe space, can be a good place to start.

Castiglia and company feel that starting off in a female space allows for acceptance and safety that fosters new material. When asked about the power of a female class, one student reflected, “I feel like I can’t be weird around men.” Another agreed: “We have to be adorkable, like Zooey Deschanel,” flipping her hair and using an ethereal voice. She acted out seeing a bird fluttering and landing on her finger.

When it comes to vulnerable topics, from body image to abuse to illness, the all-female group provides freedom for whatever topic a member is exploring. “It’s nice to build this foundation where I know that there’s a group of people out there who can relate to what I’m saying and will find me funny,” Ellen, the cheese-foot-grater comedian reflected. “Even if I go to a room one day where it bombs and it sucks, I’ve already built something where I know that this can work.” 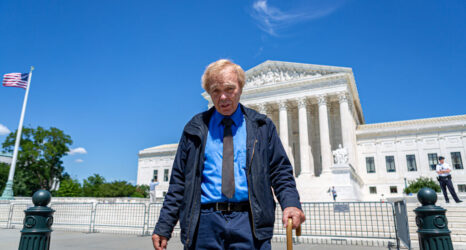