Military families face unique financial challenges and are thus vulnerable to food insecurity. This is felt acutely among women veterans, veterans of color and military spouses, who are typically women.

Holidays like Veterans’ Day and Independence Day provide an opportunity to honor the sacrifices that those in the military, and their families, make in service to the United States. Certainly, we owe them our commitment that they will not live lives of instability and financial insecurity—including food insecurity. For almost one-third of our currently serving military families, and approximately one-fourth of American’s veterans, that commitment has not been honored.

These numbers should shock us. As incredible as it appears at first blush, not only has hunger among military families and veterans been a problem for years—rising to new heights during the pandemic—policymakers have repeatedly failed to take even the most basic action to respond to it.

We at MAZON: A Jewish Response to Hunger were first made aware of hunger among military families almost a decade ago, when one of our partners in the charitable food sector alerted us to a unique barrier to assistance from programs like SNAP (formerly food stamps) for military servicemembers and their families. Their basic allowance for housing (BAH) is treated as income—when subsidized housing for civilians is not.

When we learned this, we immediately reached out to government officials at the U.S. Department of Agriculture (USDA) and the U.S. Department of Defense (DoD) to attempt to remove this barrier and encountered denial and resistance. We also learned that the problem is so pervasive that food pantries operate on or near almost every military base in this country—a fact that still shocks me to this day.

There are several reasons that military families face unique financial challenges and are thus vulnerable to food insecurity—one of the most significant is the staggeringly high rates of unemployment and underemployment among military spouses, who are typically women. Even before COVID-19, military spousal unemployment was around 24 percent, and now the rates are far higher—almost 30 percent, according to Blue Star Families.

Military spouses who do work tend to be unable to accrue seniority in the workplace due to frequent moves between stations, and they are often among the first let go and the last to be rehired in a weak economy. Of course, this is especially true for women. Furthermore, careers that require licensure can delay or stymie their earning capacity, given that state licenses often cannot be transferred from state to state and spouses must get re-licensed upon moving.

The cost of relocation falls heavily on military families as well. These families go where they are ordered, often every two to three years, which may mean moving to a location with a higher cost of living, limited access to affordable child care, and/or far away from networks of community and family support.

It is important to note that the face of America’s military has changed significantly in recent decades. It’s no longer the case that junior enlistees are all single 18-year-old men—now, there are much more diverse troops, including many who support families.

Military compensation policy has not adequately kept pace with the changing needs or rising cost of living. It is therefore understandable that those serving in the military—especially low-ranking, junior-enlisted servicemembers with families—might find themselves in a temporary situation of financial hardship where they cannot afford enough food.

It would make sense that these military families might seek assistance from programs like SNAP, but unfortunately many find themselves to be ineligible for the program due to the way that their BAH is treated as income. This is an egregious error in the law that MAZON has been trying to rectify for nearly a decade.

As individuals transition out of the military, tens of thousands of these veterans struggle with food insecurity either when they have recently returned from combat, or as they age and face challenges they thought they had long overcome.

Given our longtime work to address hunger in Indian Country, we at MAZON are also keenly aware that Native Americans serve in the military at higher rates per capita than any other group, and that this population experiences food insecurity at rates higher than any other demographic group in the U.S.

Given these high rates of food insecurity, programs like SNAP are critically important for veterans. However, only 1.4 million veterans currently participate in SNAP, and we fear that many more are struggling without the help of this vital support.

While SNAP is one of the most successful and efficient federal assistance programs, veterans often face barriers to accessing the program—many don’t realize the program is available to them, the application process can be lengthy, the forms vary from state to state, and there is misinformation about who is eligible (which was exacerbated by several cruel Trump-era efforts to strip certain SNAP recipients of benefits if they could not prove they were working enough hours per month). Underscoring all of this is the unfortunate stigma and shame that’s often associated with SNAP—especially among veterans and military servicemembers.

A New Moment to Pursue Solutions

In May, I was honored to participate in a House Rules Committee Roundtable about food insecurity among veterans and military families. The event was convened by longtime anti-hunger champion Rep. Jim McGovern (D-Mass.), who chairs the committee and led an important, and frankly long-overdue, discussion about these issues. I shared with members of the committee several insights and recommendations from MAZON’s recent report, “Hungry in the Military,” about how Congress and the Biden-Harris administration must take urgent action to do right by our military families. My co-panelists shared data about the scope of hunger among military and veteran populations and cautioned Congress about the grave consequences of inaction.

This was an important moment in recognizing that advancing solutions to end hunger among military families and veterans is truly a matter of readiness, retention, and recruitment:

I was energized by the congressional Roundtable event, and I am encouraged by momentum in the last few months around these issues. In addition to the First Lady’s relaunch of the Joining Forces initiative, MAZON spearheaded bipartisan bills that have now been introduced in both chambers of Congress. Chairman McGovern is urging President Biden to hold a White House Summit on Food, Nutrition and Hunger in the next year, and we hope that advancing solutions to end hunger among military families and veterans will be a central theme of the summit.

Please visit MAZON.org to learn more and take action with us to ensure that no one who makes great personal sacrifices in service to our nation struggles with hunger.

Abby J. Leibman is the president & CEO of MAZON: A Jewish Response to Hunger and was a co-founder of the California Women’s Law Center. Inspired by Jewish values and ideals, MAZON is a national advocacy organization working to end hunger among people of all faiths and backgrounds in the United States and Israel. Abby has received, among other honors, the California Women Lawyer's Faye Stender Award, Women Lawyers Association of Los Angeles' Ernestine Stalhut Award, UCSD's Top 100 Influential Alumni Award, USC Law Center's Public Interest Advocate Award and the So. California Employer Round Table's Carol F. Schiller Award. She has a J.D. from Hastings College of Law and graduated magna cum laude from U.C. San Diego with a B.A. in political science. 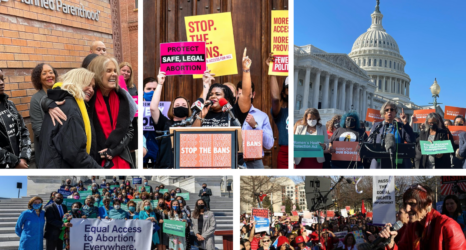