California Law Bans “Condom Stealthing”: Removing a Condom Without Consent Is “A Grave Violation of Dignity and Autonomy” - Ms. Magazine
Skip to content

“Being able to say this is against the law can help change norms and values and behaviors over time.”

Last Thursday, California Governor Gavin Newsom signed a new law making it a civil sexual battery offense for someone to engage in “condom stealthing”—removing a condom during sex without verbal consent from their partner. The law, authored by Democratic Assemblywoman Cristina Garcia, allows victims of stealthing to sue their perpetrators for damages and relief.

“I have been working on the issue of ‘stealthing’ since 2017 and I am elated that there is now some accountability for those who perpetrate the act,” said Garcia.

California is the first state in the country to prohibit condom stealthing, which forces another person to have unprotected sex without their consent. A law against stealthing recognizes the right to sexual self-determination—including not only the right to consent to sex, but also to the right to choose what conditions are placed on consent to sex.

“This law is the first of its kind in the nation, but I urge other states to follow in California’s direction and make it clear that stealthing is not just immoral but illegal,” said Garcia.

My bill #AB453 is on its way to the Gov's desk, hopefully he'll sign it & lead for the nation. It makes it clear that ‘stealthing’ or removing a condom w/out permission isn't just immoral, but it's illegal. @CAgovernor pic.twitter.com/zOZiw08aQF

In a 2017 Yale study, civil rights attorney Alexandra Brodsky interviewed both male and female survivors of ‘stealthing,’ which she describes as a “grave violation of dignity and autonomy” and a “disempowering, demeaning violation of a sexual agreement.” One young woman told her partner a condom was non-negotiable and that she would leave if he would rather not use one. He agreed, but then secretly removed the condom during sex.

Survivors of stealthing experienced mental trauma as well as fears of sexually transmitted infections and unwanted pregnancies. A 2019 survey on stealthing found that “men who had a history of nonconsensual condom removal were significantly more likely to have had a sexually transmitted infection diagnosis (29.5 percent vs. 15.1 percent) or have had a partner who experienced an unplanned pregnancy (46.7 percent vs. 25.8 percent).”

The survey also found that men who engaged in stealthing had greater hostility for women and misogynist disdain toward them.

“Sexual assaults, especially those on women of color, are perpetually swept under the rug,” said Garcia. “It’s disgusting that there are online communities that defend and encourage stealthing and give advice on how to get away with removing the condom without the consent of their partner.”

Condom stealthing has received increased attention in recent years. According to a 2018 Australian study, one in three women and one in five men have experienced stealthing. Another study found that 12 percent of women ages 21 to 30 reported they had a partner engage in stealthing. Sexual assault allegations against Julian Assange included charges that he tampered with a condom during sex. And Michaela Coel’s recent series I May Destroy You portrayed stealthing as about dominance and power.

One in three women and one in five men have experienced condom stealthing.

Several countries across the world have criminalized stealthing, including Switzerland, Canada, Germany and Australia. In April of this year, New Zealand prosecutors won their first successful stealthing prosecution in a case against a man who agreed to use a condom with a sex worker, then removed it during sex.

California’s law creates civil liability for stealthing, but Garcia plans to push for adding stealthing to the California criminal code as well. 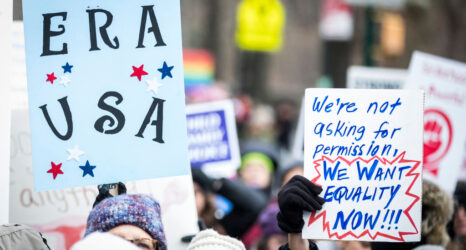 Lawmakers and Women’s Equality Advocates Continue Legal Effort for Recognition of ERA: “We Need to Remedy the Systemic Causes of Sex Inequality” 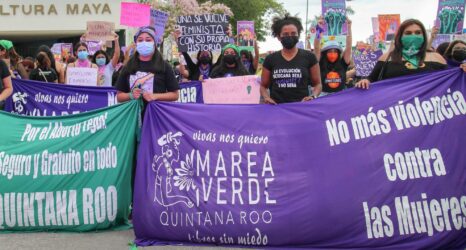