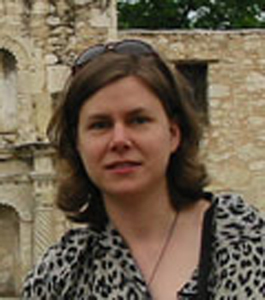 Cartoonist and illustrator Jen Sorensen, creator of the brilliant Slowpoke comic strip, will receive the James Aronson Award for Social Justice Journalism and will also be the first woman to receive the Grambs Aronson Cartooning with a Conscience Award from Hunter College’s Department of Film & Media Studies next month. The Aronson award honors “journalism that measures business, governmental and social affairs against clear ideals of the common good.” The special cartooning award bears the name of James Aronson’s wife, Grambs Aronson, herself an illustrator, who recently passed away at the age of 94.

Says Sorensen about the latter honor:

Word that I’d won the award came at a time when I was feeling distressed about the future of political cartoons and news media in general, so it was very much a welcome ray of sunlight. Being the first female cartoonist to share this particular honor with the likes of Tom Tomorrow and Steve Brodner is especially cool.

Cartooning is not barred to women but it certainly is dominated by men. Jen’s work impressed us for so clearly showing that smart, irreverent political and social commentary that might seem like a ‘guy thing’ isn’t doled out by gender.

Sorensen’s work has appeared in the pages of Ms., The Women’s Review of Books and numerous altweeklies around the country. Selections from her Slowpoke cartoons are compiled in the wryly titled Slowpoke: One Nation, Oh My God!; Slowpoke: America Gone Bonkers; and Slowpoke: Cafe Pompous.

Here’s a sample of Sorensen’s feisty feminist wit, applied to the historic anti-discrimination case brought by Lilly Ledbetter against Goodyear Tire that would eventually help to bring about the Fair Pay Act (click image for larger view):

The author’s longer interview with Sorensen will appear in the forthcoming issue of Bitch.