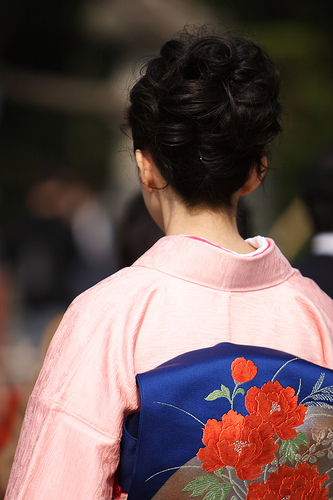 After eight months of working in Japan and seeing my women colleagues relegated to tea service during meetings, it’s still disappointing to discover that workplace sexism isn’t limited to my small, rural town. New data shows that Japan ranks lower in economic gender equality than any G7 nation.

The World Economic Forum recently amended Japan’s ranking in its 2009 Global Gender Gap Index, dropping the country 26 places–from 75th to 101st out of 134 nations. The revision came after a Japanese activist group, the Working Women’s Network, contested the initial findings, which implied gains in gender equality since 2008.

With the adjustments, it’s clear that employment sex disparity has worsened steadily since 2006, when Japan was ranked 80th among 115 nations. The 2009 drop to 101st represents a staggering 17.3 percent decline in rank in a mere three years. The inequality is especially pronounced in the economic and political sectors, where women make up only nine percent of female legislators, senior officials and managers. In November 2009, shortly after the report’s initial release, OECD Secretary General Angel Gurría gave a speech in Japan encouraging a proactive emphasis on utilizing women in workforce:

Japan is the only OECD country, along with Korea, where the labor force participation rate of women with a university education is roughly the same as for those without an upper secondary education. Moreover, many women who do work are only part-time employees. In short, Japan is underutilizing the talents of its female population.

Gurría cites the prevalence of part-time workers (75 percent women) and “the large role of seniority and tenure in wage settings–rather than performance based-pay” as major factors hindering equality.

These tenets, set deep in law and culture, curb the agency and mobility of Japanese women. It’s commendable that the OECD shed light on the problems facing women’s employment and influence, but change demands more than just a well-intentioned speech.

It may be easy for the Japanese government to dismiss the revised drop in global sex equality, because the disparity clearly hasn’t affected Japan standing as the world’s second largest economy.

In this way, global consumers of Japanese culture and products are complicit, too, in the devaluing of Japanese women. What could happen if a 101st sex equality ranking was as abhorrent to consumers as it is to those excluded from jobs by it?

Cyndi teaches English overseas and blogs her misadventures as the "Feminist-san." She's a former Ms. editorial intern and is published in Ms. magazine, the Daily Nebraskan and L Magazine. Her work has been featured on mtvU.com and picked up by CBSnews.com. She is the first-place recipient of the 2007 National Society of Newspaper Columnists annual collegiate columnist competition.