Are Eating Disorders an "Important" Cause? - Ms. Magazine
Skip to content 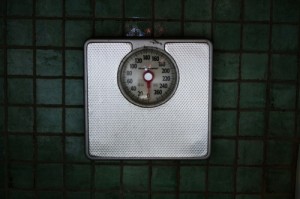 The other day I was talking on the phone to a friend in Los Angeles, an Episcopal priest who founded and runs a school and daycare center near Skid Row for the children of garment workers. Alice is one of the most inspiring, generous and down-to-earth people I’ve ever met, and her ability to embrace without judgement all people, from junkies to Hollywood celebrities, fills me with admiration. By contrast, my conversations with Alice always make me painfully aware of my own judgmental nature, particularly with regard to myself. If I were a truly good person, I think, I’d be devoting my life to working with the poor and downtrodden, like Alice. Hers is important work.

Over the decades I’ve known her I’ve arranged for many students to spend summers doing community service at Alice’s center, but I haven’t volunteered myself. My work is writing and teaching, and Alice never fails to ask what I’m working on. She welcomes volunteers but recognizes that not everyone is equipped to deal with a crowd of rambunctious, mostly Spanish-speaking children. The demands of these children are so constant that it’s difficult even to have an uninterrupted phone conversation at the center, so Alice had trouble hearing my response to her question about my current project, the benefit book I’m editing about recovery from eating disorders, due out next year.

“What’s the cause again?” she asked.

And I instantly went into apology mode, feeling the need to justify eating disorders as a problem worthy of activism because of the lives it claims, the waste of human potential, the misunderstanding that surrounds these mental illnesses, and the need to call the beauty, fashion and food industries to task for their role in perpetuating these disorders. I gave Alice an earful that she could barely hear for the tug of small hands on her skirts and the request of a homeless man to use the telephone when she was done.

“That’s great,” she said. Knowing Alice, I’m certain she meant it. What my mind heard, however, was that eating disorders were so far off her radar she had no idea what I was talking about. What I felt was the stigma that surrounds this issue–pigeonholing it as a problem limited to rich white girls and women who supposedly have the luxury of “choosing” whether to eat too much or too little, or to waste great volumes of food by purging.

We concluded our conversation about my college-age son’s interest in volunteering at the center (he, with the infinite patience and flexibility that I lack, adores working with large groups of little kids), and I hung up feeling the familiar tug of self-judgment and shame.

I know the truth about eating disorders. I know they’re pervasive in every community throughout the world, among men as well as women, Hispanics and African-Americans as well as whites, lower-income as well as upper-income families. I know that they exist universally because of the primal nature of eating, so close to the existential essence of being. To eat is to live, and to deny, distort or destroy the practice of eating is to signal pain so deep that it threatens survival. There’s nothing voluntary or “chosen” about this pain, much less the desperate need to express it. The trivialization of eating disorders is tantamount to trivializing suicide. The lives that can be saved from these illnesses belong to people who are every bit as worthy and valuable as the children blossoming under Alice’s care. I know all this better than most, yet stigma makes it so very difficult to get that message out.

I fight this stigma within myself. My recovery from an eating disorder did not erase my judgmental nature, much less the judgment of society. And stigma is a creature of judgment, just as eating disorders are. You can recover from eating disorders only to belittle the relative importance of these illnesses, given the larger, graver, “more important” problems in the world. I mean, why would anyone waste energy fighting eating disorders when there are so many wars, polluted oceans, starving children, prisoners of conscience, brutal murders, pedophiles, hunted whales, endangered tribe, and on and on and on.

I try to be mindful of the damage such judgment can do. It was precisely this kind of thinking that ushered me into anorexia as a teenager in the 1960s. The scope of problems that overwhelmed us in those days included Vietnam, three American assassinations and the uncivil war in the South over civil rights. The enormity of chaos paralyzed me, and my inability to solve these problems was one reason I told myself I didn’t deserve to eat. I stigmatized myself.

Now, even though my eating disorder is long gone, that impulse to demean myself, and all that I do, remains. The shadow of judgment, if not confronted, will darken my writing, my teaching, my cooking, my gardening, my relationships and my causes. I try to remain mindful and simply watch the shadow until it passes, but as I do  I notice that the judgment isn’t entirely internal. It’s difficult to make a move in our culture without some external voice or image reminding us that there’s a “better” way. Whether it’s doctors who belittle the problem of binge eating, designers who deny that their fashions promote anorexia, philanthropists who consider eating disorders unworthy of research funding or insurance carriers who decline to cover adequate treatment for these illnesses, our society consistently stigmatizes not only eating disorders but the fight against them. There are so many “better” causes.

I’m guessing I’m not alone in internalizing this message. One of the benefits of recovery is that it frees us to pursue genuinely rewarding interests, to explore and address a broad range of challenges; the last thing many veterans of eating disorders want is to stay tethered to their past nightmare as activists. But there’s a big difference between plunging into other passions and missions, and treating the fight against eating disorders as an insignificant or minor cause. If we have the opportunity to help one person, save one life, or open one mind to the truth against these illnesses, there’s no reason to apologize for seizing that opportunity and making a difference. As my friend Alice always tells me, no one of us has the power to solve all the world’s problems, but each of us has the power to change the world one person at a time, even if the only person we succeed in changing is our self. It’s all important work.