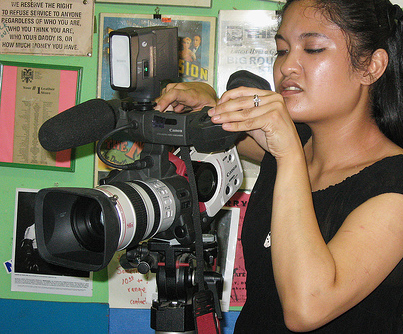 Have you been working on a movie about women and wondering where to show it? The Athena Film Festival is looking for woman-centric films to show in February 2011 at Barnard College in New York. Feminist film blog Women In Hollywood is producing the festival.

The festival aims to be a “world-class celebration of films and the women who write and direct them, who are behind the camera, in front of the camera, and in the industry at large.”

If you’ve got something that might fit that bill, now is the time to submit it to the festival. Send an email to athenafilmfest@womenandhollywood.com with a description, and make sure to include:

Festival organizers will then contact you if they’d like the DVD, and note that works-in-progress, rough cuts, films directed by men, and films made outside the U.S. ARE eligible. Submission deadline is Sept. 1, 2010. Contact Melissa Silverstein at 718-638-3036 or melissa@womenandhollywood.com for more information.