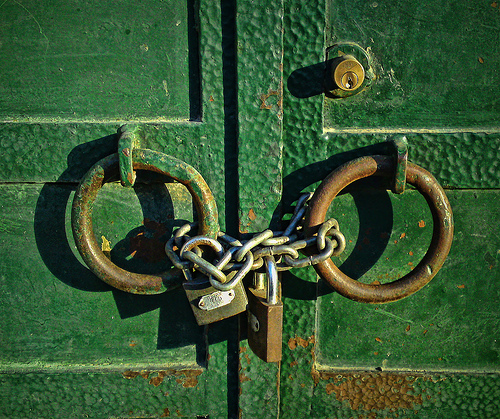 Leading Iranian journalist Jila Baniyaghoob has been sentenced to one year in prison and banned from publishing writing for 30 years. Baniyaghoob, 39, was found guilty of “propaganda” for writing about last year’s disputed presidential election in reformist newspapers. Her sentence is part of a bigger Iranian regime crackdown on any dissenting voices. Despite much of the global community’s support, Iran’s protesters, the Green Movement, are still being harassed and imprisoned by the regime.

Most of Baniyaghoob’s writing is in Farsi, but some of her blog is in English. Her observations weren’t limited to Iran. In one post, she writes about taking a trip to Afghanistan. Going through customs, she comments on Afghan women:

Some of the women officers are dressed formally in skirts and jackets. Others are wearing short headscarves and a long-sleeved shoulder-to-knee uniform. It’s intriguing to see all these female civil servants at the port of entry of a country notorious for limiting the role of women. I wonder if they are there merely as window-dressing, to make a good impression on foreigners: “Afghan women are not as neglected as we thought!”

Baniyaghoob’s husband, journalist Bahman Ahmadi-Amooi, is already in prison for his work. She wrote this piece for him in November on their wedding anniversary. In it, she reminisces about their wedding day, and offers him hope:

I know that my loneliness is one of your biggest worries these days. But I am not alone. You don’t know how good our people are. The Green Movement has opened people’s hearts to each other and brought them closer together.

Let’s take this as a moment to remember why that freedom of the press thing is so important.