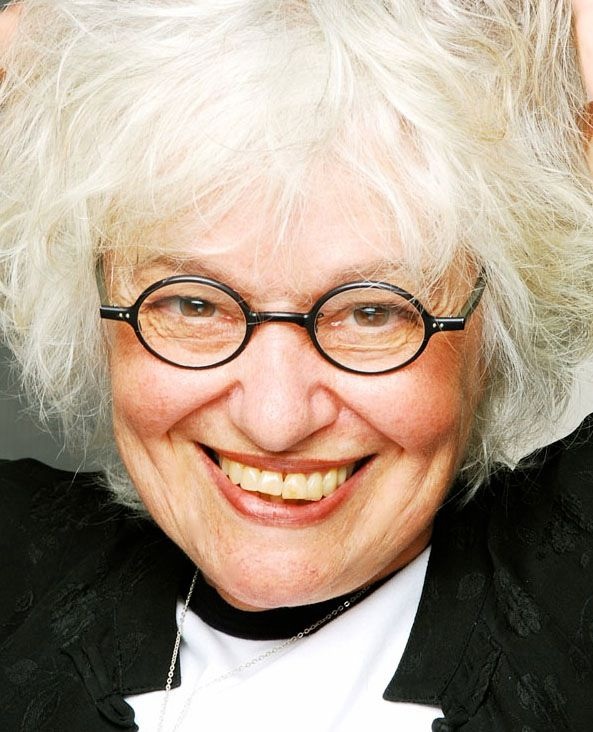 Do you talk back to TV newscasters? Do you roll your eyes when yet another crazed lunatic blames feminists for the most recent natural disaster? Do you like your politics served up with a side of satire? If so, then you need to have a copy of Nicole Hollander’s new anthology, The Sylvia Chronicles: 30 Years of Graphic Misbehavior from Reagan to Obama (The New Press), on your coffee table at all times–to annoy right-wing relatives who come to visit and help keep you sane when faced with filibusters, Palin tweets and tea party double-speak.

Since the late 1970s, Hollander has been the unofficial cartoonist laureate of women’s studies programs around the country. I’m sure I’m not the only one who brought a Sylvia strip to class to provide my students with gender analysis they could “get” in an instant. Her acerbic alter-ego in the strip, Sylvia, is a feminist heroine for the ages. “I created Sylvia,” Hollander explains, “to say what I couldn’t.” Sylvia tells it like it is, whether she’s debunking a ridiculous claim about women’s IQ made by some guy at a bar or ranting about health care reform from her bathtub–where she has a typewriter, assorted snacks and an endless supply of reading material.

The Sylvia Chronicles provides an overview of Hollander’s take on key political issues and figures from the past three decades. Arranged by presidential administrations, the collection delivers a satirical history lesson with witty commentary by the author to give us the back story and remind us of who Paul Corts is (he was the assistant attorney general under George W. Bush who undraped the Department of Justice’s semi-nude statues that had offended John Ashcroft’s delicate sensibilities) and why Coleen Rowley ought to have a medal (she’s the FBI agent-turned-whistleblower who tried, in vain, to get a search warrant for 9/11 terrorist Zacarias Moussaoui’s computer months before the attacks) .

Hollander’s cast of comic characters includes the Love Cop, whose mission is to keep politically incompatible couples apart (her slogan: “love doesn’t last, politics do”); Patty Murphy, a reporter who deadpans the latest jaw-dropping tale of hypocrisy; the Woman Who Worries about Everything (so much to worry about!); and Gernif the Alien, an intergalactic visitor who has a steady stream of questions about what makes men and women tick.

“Girl Chats” are a regular feature in which two friends dissect a news item or bit of misinformation. Here’s one on gay marriage:

Politics offers up its own cast of recurring characters. This strip on Rush Limbaugh (yes, the same guy) from 1995 calls him out for saying nasty things about women (yes, the same bullhockey):

(For the record, Rush’s “lovely bride” is not the same one he just married.)

Because Hollander picked up on stories that were truly significant, it often seems like she could see into the future. In the the mid-1990s, she frets about as-yet unsubstantiated indications that hormone replacement therapy might cause health problems for women. She worries about the sort of gutting of protections for the environment under multiple administrations that has paved the way for the BP oil disaster. Her cartoons allow us to track the shifting landscape of right-versus-left politics that brought us to where we are now.

There’s quite a bit of déjà vu, particularly because two of the presidents she cartooned about shared the same name and policies. This cartoon, from late November 1992, following the election of Bill Clinton over George H.W. Bush, could have run right after Obama’s victory:

Political satirists are valuable national resources, and feminist political cartoonists should be protected as an endangered species. Earlier this year, Hollander’s Sylvia was dropped from the Chicago Tribune in spite of an extensive letter-writing campaign and the protests of numerous fans (Hollander hails from Chicago–so much for hometown loyalty). So it’s up to us to support Hollander and others: Consider buying her book from Hollander’s favorite indie Chicago bookstore, visit the official Sylvia website, write a fan letter to Hollander at info@edgycat.com and/or invite her to give a talk in your area.

No review of a Sylvia book would be complete without some mention of the many felines who populate her strips, looking amused by  human follies and waiting for their much-deserved mealtimes, so I’ll let the following wise cat have the last laugh:

Cartoons courtesy of The New Press. Photo of Nicole Hollander by Suzanne Plunkett.