Test Your Knowledge With Our Women's Rights Quiz! - Ms. Magazine
Skip to content 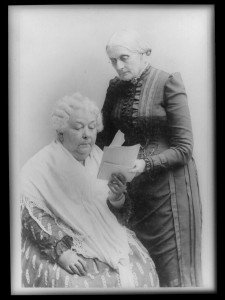 July 19-20 marks the anniversary of the first women’s rights convention, held in Seneca Falls, N.Y. Women and men gathered there to address women’s condition and kick-start feminism’s “first wave.” Using the Declaration of Independence as a guide, they mimicked Thomas Jefferson’s language to argue for women’s legal equality. Sadly, those who arranged the Seneca Falls Convention would not live to see women’s suffrage become a reality, but those radical feminists made a lasting impression on American history.

How much do you know about Seneca Falls? Today, as we commemorate our feminist foremothers’ vision, take the quiz below and find out.