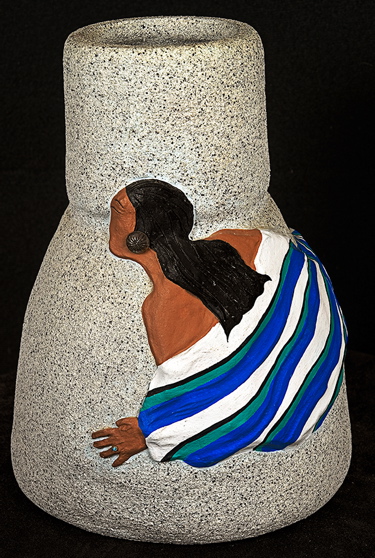 One in three Native American women will be raped at least once in her lifetime. And that’s why President Obama’s signing of the Tribal Law and Order Act today is so vital. Tribes will now have the right–and the resources–to investigate and prosecute rapes perpetrated by non-Natives on tribal lands.

For 500 years, rape has been used as a tool of conquest and an act of war against Native women. It carries with it all of the perverted power of violence that every rape survivor endures, with the added yokes of colonialism and cultural annihilation.

Sadly, not much has changed.

One in three. At least once.

Think for a moment about the implications. We know that rape survivors are often reluctant to report the attack, for fear of not being believed; of being told that they “asked for it”; of being humiliated and shamed; of reprisals.

But in Indian Country, rape survivors bear additional burdens. They must report their crimes to federal law enforcement authorities, whom long and hard experience has told them to distrust. Cultural sensitivity is often nonexistent. Often, the law enforcement officers, investigators, prosecutors and health examiners are white men, and for many Native women cultural traditions may militate against talking to them about such intimate matters. So when you read that one in three Native women will be raped at least once in her lifetime, you can be assured that those numbers are underreported at even greater rates than in the general population.

• Native Americans are more than twice as likely, compared to all other ethnic groups, to experience some form of sexual assault.

• 90 percent of Native women who report being raped also report being physically battered in other ways during the rape, compared to 74 percent of rape survivors in the population as a whole.

• 50 percent of Native women report experiencing other physical injuries in addition to the rape itself, compared to 30 percent in the population as a whole.

• 34 percent of Native women report that a weapon was used during the commission of the rape–a number more than three times that of the general population.

• While most rapes occur within racial groups, this is not true for Native women. More than 86 percent of the offenders are non-Indians, and more than 70 percent are white.

Because until today, Native women raped by a non-Indian assailant had virtually no recourse. With rare exceptions, only federal law enforcement authorities have had jurisdiction to arrest and prosecute non-Native offenders on tribal lands. And historically, federal authorities have cared little about such cases: Federal authorities routinely decline to prosecute more than 50 percent of all violent crimes committed in Indian Country; the rate of declination is much higher for sexual assault cases.

Today that will change. The Tribal Law and Order Act will substantially expand tribal jurisdiction over non-Native offenders for crimes of sexual violence, and providing desperately needed resources to tribes to help them prosecute such cases. Introduced in 2009 in the House by Rep. Stephanie Herseth-Sandlin (D-SD) and in the Senate by Sen. Byron Dorgan (D-ND), the legislation is a watershed in tribal law. Provisions include:

• Requires the Department of Justice to maintain records on all declinations and to share that information, as well as any evidence, with tribal authorities

Is it perfect? Of course not. But it’s an enormously important first step.

Today, we who have worked in our Native communities with survivors of sexual violence have reason to celebrate. Come and dance with us.