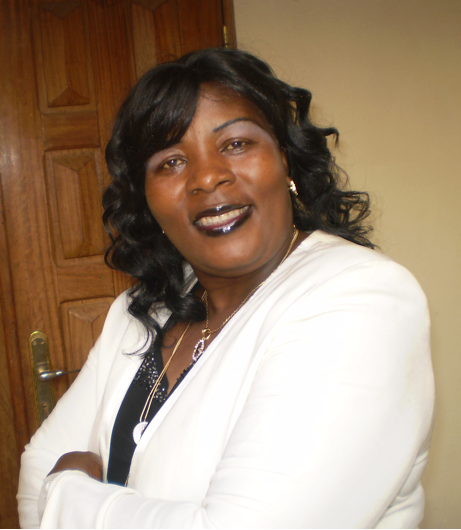 Tilder Kumichii Ndichia used to believe in the political system in Cameroon–and even more so in her ability to change it. Yet after serving her first term as an “alternate” parliamentarian in Cameroon, she realized she was close but never close enough to the power she needed to effect change.

Cameroon is a country that supports women’s representation in government, like many democracies in Africa, by using quotas. In Cameroon’s case, each political party voluntarily pledges to put forth a certain percentage of women as candidates. Ndichia’s Social Democratic Front, a grassroots political party, pledged that at least 25 percent of its candidates would be women; however, only a single woman candidate from the party won a parliamentary seat (along with 13 men). The majority of parliament’s seats belong to the Cameroon People’s Democratic Movement (CPDM), a party that pledges a quota of 25 to 30 percent women.

The first runner-ups to those who win seats in parliament are alternates, the position Ndichia holds. The alternate does not participate in parliamentary sessions unless the substantive is absent and provides a written note. Ndichia believes the alternate position holds no real value, and in fact can sometimes promote conflict with the substantive. Since 2007, Ndichia has yet to actually participate in the legislature. “I have never been asked to give my opinion on anything,” she says. She feels her position as an alternate is “just a kind of compensation” for her aggressive campaigning for parliament.

Now she wonders, when you spend all your money on a campaign and don’t get anywhere, “Are you doing the right thing?”

The voluntary quotas, it seems, are not enough. According to Ndichia, Cameroon’s apathetic constituents are often paid to vote by the rich and most often those in the ruling party, so power is literally purchased by those who can afford it. Government corruption, combined with sexist attitudes, keeps women from being influential–quotas or not. “The same pretentious democracy we have is the same pretentious women’s empowerment we are seeing,” she said.

While Cameroon recently began holding a joyous celebration for International Women’s Day every March 8 along with sensitization sessions, “Women don’t understand that women’s empowerment doesn’t end on that day,” she says. Ndichia hears women saying, “A lot has been done because we have been given this opportunity [to run for office].” But after recognizing her opportunity led only to a token position, she knows better.

“We are in a patriarchal society where a woman’s leadership is not valued, no matter how qualified and competent she may be,” Ndichia said. Of the 180 members of parliament, a mere 20 are women. “I don’t see how well the women are really brought into the decision-making.” The most influential women are those in the ruling party, but they’re more concerned with protecting their power and keeping opposition out of parliament. They practice “party discipline,” which keeps them inside party lines and away from women’s interests.

This is a far cry from the hopes of the African women’s movements that demanded equal representation. Beyond parliament, there is another disturbing trend: Ndichia believes women are “only given positions that look like the normal gender roles,” as ministers of, for example, culture, women’s affairs, social affairs and basic education–“ministries where very important actions and decisions are not made”–while other departments are still exclusively for men.

It’s been three years since Ndichia first thought she could make a difference. Having invested heavily in her own campaign, she adds financial stress to her list of frustrations. Reading over her manifesto and wondering if she can do it again, she’s disheartened by her ineffective position. She knows it will take more than quotas to generate actual change.

“People have been socialized to think that leadership is for the menfolk and women are not supposed to fight for such positions,” says Ndichia. Quitting now would only confirm that misconception.

Want to learn more about women in African parliaments? Read “No Turning Back” in the summer issue of Ms. (p. 22), available on newsstands August 10, or at your doorstep shortly if you join the Ms. community.