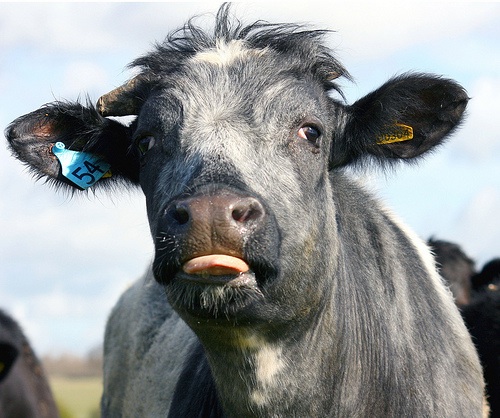 Former Republican Sen. Alan Simpson recently stated that Social Security is becoming “a cow with 310 million tits.” I’m a vegetarian, but even I know that cows don’t have tits, they have teats. Thus begins the list of incorrect and nasty misstatements that have poured out of the mouth of Alan Kooi Simpson lately.

(Hey, is “Kooi” an American name? Has anybody unearthed the former senator’s birth certificate?)

Simpson, who is turning 80, seems to have it in for older Americans, especially women. Let’s look at some of the cowpies he has stepped in.

As co-chair of President Obama’s Deficit Reduction Commission, he’s very interested in Social Security–particularly in cutting it down to a little bitty piggy bank with chump change to be doled out to older Americans. He calls them “lesser people.” Does he really mean to sound that way?

Gail Collins of The New York Times reminds us that Simpson is “impatient with people who want to preserve current Social Security benefits.” This must be why, as she points out, he has called the American Association of Retired Persons (AARP) “greedy geezers.” These people have the audacity to want the money they paid into the system to come back to them now that they are retired.

Simpson cannot stop spitting invective at people who are trying to prevent cuts to Social Security. In a recent letter he sent out to Merton and Joan Bernstein–seniors concerned with cuts in Social Security–he wrote, “I was quite amused to see your latest remarkable spew of drivel about Social Security.” I imagine the Bernsteins were not so amused. They are academics who have studied the system for years and probably don’t like their opinions being referred to as drivel. They might even have winced at Simpson’s suggestion that they look at the presentation by the actuary of the Social Security Administration, “tack it on the wall and throw darts at it … at least know that “out there” are some live human beings who are trying to stabilize this remarkable system …” As if we all don’t know exactly what is out there.

In another nasty letter sent to the head of OWL, the Older Women’s League, Simpson asserted support for Social Security while still insulting “people like you [who] babble into the vapors about ‘disgusting attempts at ageism and sexism’ and all the rest of that crap …” The accusations of ageism and sexism leveled at him came from his constant reference to OWL members as Pink Panthers. Ashley Carson, the organization’s president, objected to this characterization in a Huffington Post article, and when Simpson got wind of it he heaped additional insults on the organization, which supports and fights for older women.

Many people are calling for Simpson to resign from the commission, and for President Obama to facilitate his departure. Let’s hope that the former senator will indeed depart, perhaps to spend more time counting cow teats. At least get one fact straight, Alan. I’m just saying.

Photo of cow from Flickr user law_keven under Creative Commons 2.0.