All Walks Beyond the Catwalk - Ms. Magazine
Skip to content 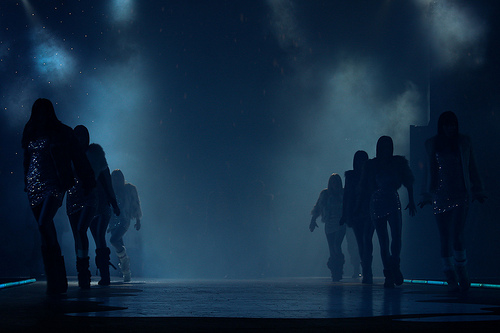 At the National Eating Disorders Association conference last Saturday in New York, I had the delight of attending Susan Ringwood’s presentation [PDF] on “All Walks Beyond the Catwalk.” Susan is the chief executive of beat, the leading UK charity for people with eating disorders. As I know from serving with her on the Academy for Eating Disorders advisory board, she’s also one of our most ferocious champions for change in the way commerce promotes body shape and size. Her presentation focused on the fashion industry and her incredible initiative to revolutionize designers’ attitudes about “model” bodies.

The task wasn’t easy. She approached it via the British Fashion Council, and when she made her case to designers she was frequently vilified. “Did anyone try to tell Picasso to change his models?” one of them demanded. Susan somehow managed not to say that she’d seen Picassos–and this was no Picasso. Instead, she pointed out that when Picasso painted his model’s nose behind her ear he didn’t require the model’s actual nose to be behind her ear, nor did his audience attempt to relocate their own noses to look like the painting. But this designer required real models to be unnaturally thin, and real women tried to emulate this unnatural look, often to their emotional and/or physical detriment.

Finally, Susan began to make headway with the Council and a few fashion editors and designers who saw the wisdom of creating clothes for customers who would actually be buying them. (The notion that this is a tough sell in the fashion industry will never fail to amaze me.) The result was an event that opened London Fashion week last year–causing more than a few fashionista jaws to drop.

All Walks on the Catwalk began with a challenge to eight young designers to design gorgeous clothes for models of a wide variety of ages, sizes and ethnicities. These models opened London Fashion Week, 2009. Susan showed us some of the fabulous footage and images, which can be found here.

The media loved it.

The event, in fact, was so successful that the British Fashion Council now tends to take full credit. That’s just fine with Susan, as long as they continue to support this movement toward change. Her statement says it all:

We welcome the fashion industry’s engagement in the All Walks campaign. We have been delighted with the energy, enthusiasm and dedication that so many people have already given to this project. We know that fashion doesn’t directly cause eating disorders–they are much more complex than that. Through our dialogue with the fashion world, we want to make this point clearly. Young people are inspired by fashion and inﬂuenced by its ideals. By offering up these wonderful images of diverse beauty, we know that fashion’s inﬂuence beyond the catwalk can be seen as a positive force in young people’s lives.