How I Picked 10 Best Feminist Teen Books of All Time - Ms. Magazine
Skip to content 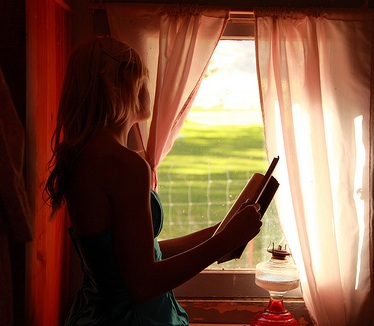 For my new Ms. magazine article on feminist young-adult fiction (YA), I set out to pick 10 Must-Reads–those books which every 13-year-old with a spark of gender consciousness should have on her (or his) bookshelf. Or, as I say in the piece, those books that offer young protofeminists “refuge or escape–or provide our first ‘click!’ moment, when we realize the problem’s not us, it’s society, and we’re not alone.”

Since I spent ages 8 through 13 with my nose in such books–OK, fine, more like ages 8 through 28 and counting–I felt pretty qualified. Of course I would put in Robin McKinley’s The Hero and the Crown, in which an awkward, misfit princess trains herself (slowly, and with lots of blisters) to fight dragons.

But what exactly would I count as “young adult fiction”? The librarians and young-adult book critics I spoke with explained that there’s no definitive answer. Many YA authors didn’t think they were writing YA until their publishers told them they were; publishers, in turn, go by what they think teens and tweens will read. And that is informed by two old publishing saws: Boys “don’t read,” and men and boys won’t read books by or about women and girls. So coming-of-age books about girls tend to wind up as YA, whereas coming-of-age books about boys (think Jonathan Lethem’s The Fortress of Solitude) are more likely to be marketed to adult audiences.

The upside is that writing YA for girls has become a thriving market for women authors; the downside has been the ghettoization of women authors into that field.

One way for women to avoid being boxed into the YA genre is to include subject matter considered too “dark” for teens–which, given the prevalence of YA “issue” novels about HIV, drug addition, rape, etc., generally boils down to particularly horrific sexual violence, as in Alice Walker’s The Color Purple and Toni Morrison’s The Bluest Eye, in which the heroines are raped by their fathers, or Nnedi Okorafor’s Who Fears Death, which includes a harrowing female genital mutilation scene. Librarians and educators generally agree that these books are better read by 17-year-olds, at the youngest, and not by 11-year-old bookworms–though to me this begs a troubling question: Should we be concerned that girls are taken seriously as subjects of “adult literature” only if they’re brutally raped? Of course girls will read these books anyway, because teenagers want desperately to read “up” and nothing’s as compelling as a semi-forbidden book.

And then there was the question of what constitutes “feminist” fiction. As the person who regularly vets fiction for review in Ms., this isn’t a new question for me but still isn’t one I’ve completely resolved.

The easiest way to classify feminist literature is by a “feminist lead character.” That, in turn, is easiest to define as an admirable female character who exhibits heroic traits–bravery, independence, cleverness. And of course, it helps if she runs up against some discrimination. Take Patricia C. Wrede’s Dealing with Dragons, in which Princess Cimorene cannot convince the world she doesn’t want to get married and has to literally fight off her suitors.

But what about the Miss Marples of the world who use prototypically feminine traits (in her case, gossip and speculation) to solve knotty crimes? What about gender-queer boy protagonists? And what about books in which boys who come to feminist beliefs? Goodreads commenter Heather makes a great case on these grounds for Katherine Paterson’s Bridge to Terabithia:

The main character is a boy, but the effect the strong and different female next door neighbor has on him and the way she completely changes his worldview makes Terabithia a feminist book to me. She changes his mind about what girls can and can’t do and how they’re “supposed” to be.

I decided, simply, that if a book feels feminist–if the little feminist in my heart jumps up and down in excitement and says “Go gender equality”–then it counts.

And last, what makes great YA; what makes a must read? On this, Nancy Pearl, author of Book Crush: Recommended Books for Kids and Teens, had wise words:

Feminist fiction, I’d argue, does this in a particular way: Even as it transports us it also reflects us–especially the bits that go unrepresented in other mass media. It also makes us attend to sexism in our day-to-day lives, and show us the possibilities of other worlds.

There are dozens, maybe hundred, of worthy feminist YA titles, I learned. And to keep things fair, honest, and populist, I decided to start a list on Goodreads where people could vote on their favorites, which has swelled to 433 titles. I even felt I had to put Twilight on that list, despite Ms.‘s critiques of Twilight‘s anemic protagonist Bella (on which I wholly agree). But I’d had a conversation with a Bella enthusiast  who defended her on the grounds that she (a) has sexual agency (i.e., she’s always tearing Edward’s clothes off) and (b) came into badass superpowers at the end of the series. So, up it went on the list to see if others would side with the Bella enthusiast. Nope. Commenter Dharmarose wrote:

Since when is Twilight a feminist book? if anything, it’s anti-feminist lit! it’s also poorly written. it’s crap and i’m not sorry to hate it!

By the end of the first day, Twilight had been bumped out of the top 100 and the outrage died down. (I see now that it’s back on the front page at number 60. Wince.)

It was hard to whittle the hundreds of suggested books down, so in the end I cheated and picked 11 must-reads, not 10. And I snuck in 23 more book titles within the piece itself.

To find out what I chose, join Ms. to get it delivered to your door, or pick up a copy at a newsstand near you.

Meanwhile, I’ll be barricaded in my room awaiting the “But you forgot _______!” letters.