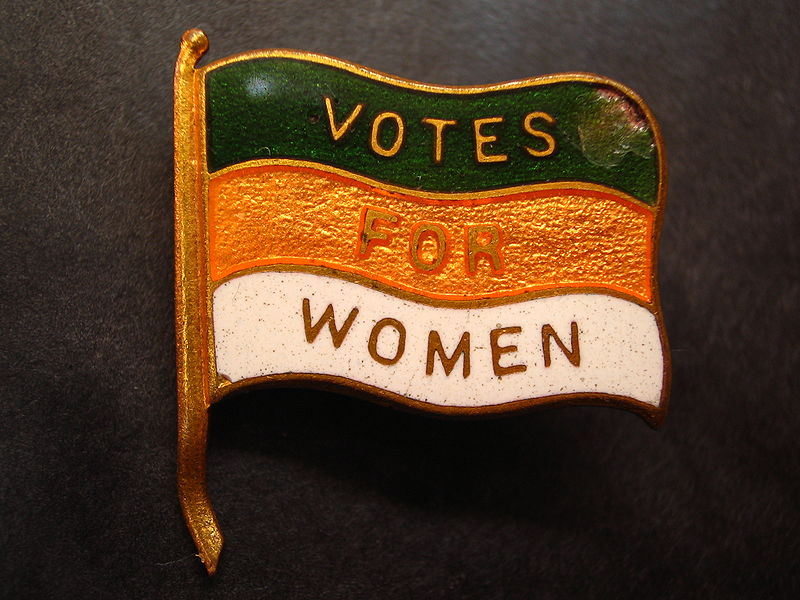 This election season marks an important anniversary in the history of women and politics: the term gender gap turns 30.

And since women voters as a group have tended to be more progressive [PDF] when it comes to issues like reproductive freedom, social welfare spending, and gay and lesbian rights, this seems an apt moment to consider the term–on the day of an election in the “year of the conservative woman.”

In 1980, women voters outnumbered men for the first time since gaining suffrage in 1920 and, also for the first time, differences in women’s and men’s voting patterns became apparent. Eleanor Smeal, then-president of the National Organization for Women (current president of the Feminist Majority Foundation and publisher of Ms.), had long contested the claim of many political pundits that women simply voted as their husbands or father’s did. That year, she coined gender gap to describe how voting actually plays out along gender lines. Here’s how it works:

The gender gap in voting is the difference in the percentage of women and men who support a given candidate, generally the leading or winning candidate. It is the gap between the genders not within a gender. Even if women and men favor the same candidate, they may do so by different margins, resulting in a gender gap (Center for American Women and Politics).

In the presidential election that year, pollster Louis Harris analyzed the exit polls by gender for the first time and found that Ronald Reagan received the votes of 8 percent fewer women than men. Pollsters at the time referred to this gap between men and women voters as Reagan’s “woman problem” and hypothesized that the Republican party’s opposition to the Equal Rights Amendment had alienated women voters.

Thirty years later, the gender gap is a force to be reckoned with, taken so seriously that even the most conservative candidates are trying to court women voters. Republicans are invested in the idea that when offered the choice between a male and a female candidate, women will vote to put more women in office, regardless of the political views held by the candidates. Chris Matthews sparked a firestorm in the blogosphere last month when he tried to school fellow MSNBC commentator Rachel Maddow on the “power of women voters.”

These are women and they may be conservative women, but they’re women nonetheless and they may be joined by other women who just feel it’s time for more women to win these offices.

Heather, of Crooks and Liars, aptly summed up his comments with the headline “Chris Matthews Thinks Women are Idiots.”

Pundits have been calling 2010 the “year of the conservative woman.” When Sarah Palin stumps for Tea Party candidates around the country, calling herself a feminist and reaching out to “mama Grizzly bears,” she’s clearly focused on reeling in the sister vote. However, simply playing the gender card will not be a winning strategy for those on the right.

That’s because women tend to vote more progressively; in favor of things like reproductive rights and social welfare spending. This tendency may prove particularly vexing for this year’s crop of conservative women candidates, who have taken hard-line stands on these very issues. Regardless of their own gender, these candidates don’t stand up for basic women’s rights, and women voters are smart enough to recognize this discrepancy.

The gender gap at 30 has come of age. It’s not simply about the sex of the candidates. There are real issues at stake. As more women than men continue to get out and vote, candidates especially need to mind the gap, and anyone who hopes to pull a fast one and invoke sisterhood to advance views that are contrary to women’s political interests is heading for a fall.