Where Are All The Atheist Women? Right Here - Ms. Magazine
Skip to content 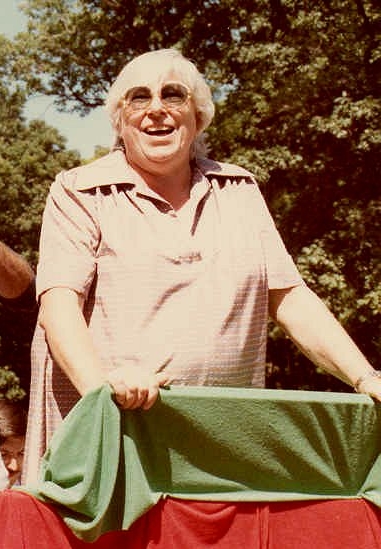 Is it accurate when the media portrays the atheist movement as a club for old white men? It’s undeniable that most of the time men outnumber women, whether you’re looking at conference attendees or conference speakers, blog readers or best-selling authors. But when Monica Shores wrote that “no women are currently recognized as leaders or even mentioned as a force within the movement,” the atheist community cried out.

Why? Because it’s blatantly untrue.

Women atheists not only exist–we’ve played pivotal roles within the secular community. The most vocal atheist activist at the beginning of the modern movement was Madalyn Murray O’Hair, who founded American Atheists in 1963 and was instrumental in the removal of compulsory prayer from public schools in the US. While her personality was off-putting to some, it is undeniable that she brought atheism into the public eye.

Since then, women continue to fill leadership positions in the movement. Lori Lipman Brown is the founding director of Secular Coalition for America, the only lobbying group for atheist, agnostic and humanist Americans. Annie Laurie Gaylor is co-founder and current co-president of the Freedom From Religion Foundation, an organization devoted to upholding the separation of church and state. Camp Quest, a summer camp for children of parents with naturalistic worldviews, was co-founded by Helen Kagin and currently has Amanda Metskas as its executive director. Lyz Liddell is director of campus organizing for the Secular Student Alliance. Debbie Goddard is the director of African Americans for Humanism and campus outreach coordinator at the Center for Inquiry. Before someone quips that there are no atheist women in foxholes, Kathleen Johnson is the founder of the Military Association of Atheists and Freethinkers, in addition to being vice president of American Atheists.

I could go on, but I think you get the point.

And don’t assume that women are relegated to working behind the scenes, or only come in the form of the “gentle storyteller.” Dozens and dozens of women authors, journalists, bloggers, podcasters and comedians are producing amazing work, some of them gnashing their teeth even louder than Richard Dawkins and Christopher Hitchens. (Check out the list at the end of this piece).

Then why, you may ask, are so few as well known as the male firebrands? Is it because, as Shores suggests, that “there’s little indication that atheists are receptive to the suggestion that they might benefit from diversifying in color or gender”?

If you’ll momentarily excuse me for lapsing into religious language: Hell no.

Atheists are well aware of this gender disparity and have been actively trying to close the gap. Local organizations are creating more family friendly events to encourage mothers to participate. Popular blogs like Pharyngula (written by a man) and Friendly Atheist (written by a, gasp!, young non-white man) frequently address women’s issues and ask how to make the movement more welcoming. Conference organizers have been recruiting more women as speakers and, thanks to that, women have become better represented as conference attendees. Just looking at my own schedule for the next couple months, I’ve been invited to speak about women and atheism by five different groups so far.

So why the gap?

People like to speculate that women are more inclined to supernatural thinking, hate to be aggressive or are more afraid of leaving community behind. These nonsensical ideas illustrate the true problem: We live in a society where everything is affected by sexism, and the atheist movement is downstream from those effects. So when atheists draw many members from academic and scientific circles, which have their own gender bias issues, we end up being a victim of statistics. What’s more, people in leadership positions tend to be older because they have more experience, so there’s always a bit of a time lag in diverse representation. (Given time, I think we’ll see more and more atheist women in positions of greater visibility, and I’d hazard a guess that one will have a best seller soon enough). This problem is compounded when the media fails to mention deserving women atheists–even in articles in feminist publications asking where all the atheist women are. Screaming “Right here!” only does so much.

It’s irritating when the media makes it seem like the atheist movement has a “woman problem.” For one thing, my experience in the movement has shown atheists to be far less sexist than the general population. It’s not surprising–humanism is explicitly supportive of gender equality, while many mainstream religions are extraordinarily anti-women. There’s always room to improve, mainly because we’re human, too, but we’re actively working towards those improvements.

But frankly, it’s most irritating because it can scare away women who need some extra courage in “coming out” as nonreligious. That’s what “New Atheism” is about–not just persuading people that religion is mistaken, but providing a community and refusing to sit silently.

So if you’re looking for some like-minded ladies, here are some amazing atheist women to check out. Don’t wait for the media to clue you in.

This is just a short list, painfully narrowed down for space; for the longer version, please check out the Large List of Awesome Female Atheists.

Jen McCreight blogs about atheism, feminism, science and sex at Blag Hag. She is a board member of the Secular Student Alliance and a contributor to The Atheist’s Guide to Christmas.  She was recently listed as one of More Magazine’s top “New Feminists.” Her day job is geeking out about human genetics and evolution as a PhD candidate at the University of Washington.

Jen McCreight blogs about atheism, feminism, science, and sex at Blag Hag. She is a board member of the Secular Student Alliance and a contributor to The Atheist’s Guide to Christmas. She was recently listed as one of More Magazine’s top "New Feminists.” Her day job is geeking out about human genetics and evolution as a PhD candidate at the University of Washington.