Top Ten Ways to be a Feminist in 2010 - Ms. Magazine
Skip to content 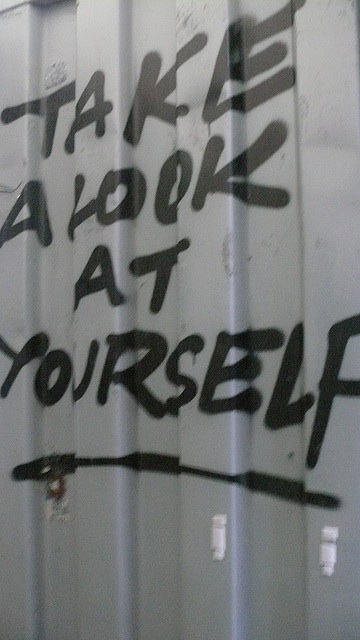 We at the Ms. Blog were charmed and inspired by Amy Klein’s heartfelt post on how to be a feminist, and she graciously agreed to let us reprint it. What would you add to the list?

1. Stop making rape jokes. These jokes are becoming really popular right now and they are not funny. The other day, I heard a really famous musician say, “This is my rape face!” while narrowing his eyes and wrinkling up his nose. Another man sitting nearby replied, “Every face is a rape face!” and laughed. Why is it considered socially acceptable for people to act this way? How can we stop rape if people think it is a joke?

2. Recognize white privilege, straight privilege, class privilege, and other forms of privilege that make being one kind of woman pretty different from being another kind of woman. Then, do what you can to level the playing field for all women. That means fighting racism, heterosexism, and class-ism wherever you see them. Remember that sexism is entangled in all of those forms of discrimination.

3. Support other women around you, and support women you don’t even know! In the world we live in right now, with its endless stream of reality shows, we think of our lives as games to be won, and we love to laugh when others fail. Don’t let jealousy or the competitive instinct keep you from supporting other women. Recognize that the world wants you to criticize Ms. X, and then actively decide to say something really positive about Ms. X. instead.

4. Recognize that “woman” now means a lot of different things. Doing what’s good for women always means supporting transpeople, and people who don’t identify with any little gendered boxes. In the end, we all have the same interests, which are: Dismantling those little boxes, dismantling the power structures of the patriarchy, helping everyone live the way they really want to.

5. If you have been hurt by sexual violence, domestic or relationship abuse, remember that that is not your fault. Consider this: that you are not a victim. Instead, you are a survivor. Survivors are strong.

6. Find your own path in life. Sometimes being a radical is as simple as following your heart. If you’re a girl or a woman, trying to do what you want to do can be a path fraught with many social, emotional, and psychological obstacles. Find out what being free means to you, and then try your best to live that way. If you want to wear makeup and shave your legs, that’s cool. Do it. But make sure you’re doing it because you want to, and not because you feel you have to. If you don’t want to wear makeup or shave your legs, that’s cool! Whatever! Do it your way. Make your choices freely. Mentally, you’ve got to be free yourself before you can free anyone else.

7. Read read read! To be a feminist, you’ve got to know the history of the women who came before you. There are so many great books on the women’s movement of the 70’s, and there are lots of great books on the early suffragettes, and there are books by bell hooks and Angela Davis, and there are books by Adrienne Rich and Audre Lorde, and now there’s even a great book about the history of riot grrrls! Reading can give you powerful ideas, and can inspire you to create your own ideas too. If you don’t know what to read, then ask a friend! She probably has a recommendation.

8. Stop referring to women as bitches. I am really tired of hearing the b- word used so often, and casually, as if it doesn’t have any meaning at all. Right now, many young, self-described political liberals, who do not use the f- word to refer to queer men because that word is offensive, still use the b- word regularly as a way to refer to the ladies. Why is the word bitch now classified as a slang term, and not as a serious insult? I’m not sure what the real cause is, and there are probably a lot of contributing factors. One factor that I can think of right now is the way we’ve all been raised on a diet of crappy top 40 radio “rap”-dance crossover hits made by copycat “artists” with not much to say. (I’m putting “rap” and “artists” in quotation marks here because I think that real rap artists have a lot of important things to say, but, for the most part, these things haven’t made it onto the radio in the past decade.) In the songs we do hear on the radio, women are always the b- word, if they’re given any identity at all besides series of oddly de-constructed, almost autopsied body parts (butt, thighs, etc.) So, let’s talk about what the word bitch actually means: 1. “a woman,” 2. “a woman who gets angry or disagrees with you,” and 3. “a man who is weak, (like we expect a woman to be.)” In case you hadn’t noticed, the word’s dual, and yes, contradictory meaning functions to criticize men and women alike. Anyone who dares to cross over into enemy territory gets branded with an insulting label, discouraging her or him from ever visiting that territory again. Perhaps this is why people love to use this word so much. Like a particularly good police officer, Officer B does twice the work of any other officer on the streets. Officer B effectively enforces the boundaries between the neighborhoods of men and women. And, if you ever talk back to Officer B, if you ever challenge the authority of that word, that’s the easiest way to get labeled a bitch yourself! To me, the worst part of people’s constant use of the b- word is that it actually makes women fear they’re going to be labeled the b- word for doing anything outside the norm. This includes, but is not limited to: Women standing up for themselves, women fighting back at the social construction of gender, women getting angry about anything in general, and women asserting themselves. Ultimately, the b-word demonstrates the way in which we are constantly using language to build those infamous little boxes for men and women to live in. Let’s not forget that our language is a tool that creates meaning in the world. We don’t just describe the world when we talk—we invent that which we talk about. We make it real.

10. Start a blog! (Hey, that’s what I’m doing.) So many of the world’s stories, from the ones on TV to the ones in pop songs, to the ones in the history books, are told by men. Isn’t that unfair? It means that the stories we take as The Truth often have a male perspective embedded in them. But now our generation has a secret weapon: the internet. The ability to use the internet is a real privilege that previous generations of girls and women didn’t have. So let’s take advantage of that privilege, and tell our own stories in our own voices. Self-publishing is radical, and fun! Let’s all do it! 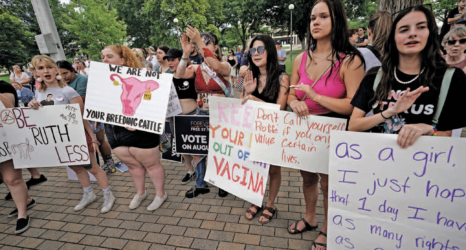 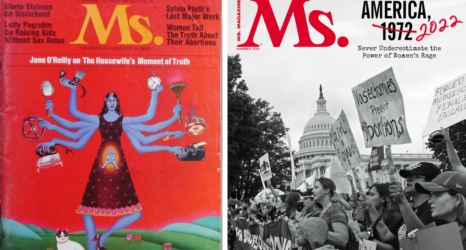