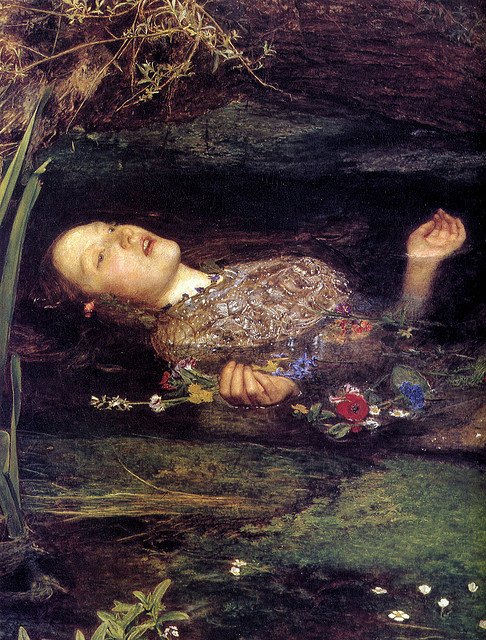 Reviving Ophelia: Saving the Selves of Adolescent Girls, the breakaway bestseller first published in 1994 was possibly the one book that touched off the notion of a self-esteem “crisis” in pre-adolescent girls. Its author, Mary Pipher, based it on her experience as a psychologist working with adolescent girls in Lincoln, Neb., indicting American culture as “girl-poisoning.” Pipher detailed the ways in which girls are alienated from their truer, more fearless selves as they enter adolescence, and experience not only physically changing bodies but also the objectification of those bodies as they move, willingly or not, into a more sexualized role. For those of us who found Reviving Ophelia to be one of those amazing books that named things we knew we were experiencing, it was hard to imagine how such a dense book could be translated into film.

The Ophelia screenwriters did it by focusing on a relationship between two girls, first cousins, and their sister-moms, with the central plot revolving around dating abuse. Working its themes in pairs, cousins Elizabeth (Rebecca Williams) and Kelli (Carleigh Beverly) are classmates at a lush-looking suburban high school. A “good girl” from the outside, Elizabeth is enamored with studly Mark (Nick Thurston), who turns out to be abusive. Kelli writes poetry and asks thoughtful questions in her English class where, of course, she’s studying Hamlet (her teacher pointedly comments on how Ophelia doesn’t have a voice of her own). She eventually comes to trust the sensitive songwriter guy who likes her–a strong contrast to her cousin’s troubled dating experience. The mothers are also set up as contrasting: Le Ann (Kim Dickens) is Kelli’s single mom, guilty about how much she has to work, while Elizabeth’s mother Marie (Jane Kaczmarek) is a former lawyer turned stay-at-home-Mom who can’t believe anything bad could happen to her daughter or that her daughter could deceive her.

The Lifetime writers move the plot swiftly through dialogue of thudding predictability. After Mark first hits her, Elizabeth leaps to his defense with classic “but he didn’t mean to do it” denial. When he tracks her movements and reacts in anger when she doesn’t reply to his texts, she explains it away as love. Mark holds her emotional hostage to his moods and starts to control her interactions with others, but she still sneaks out to be with him and lies to cover up his behavior and her bruises. Finally, in part due to her cousin’s intervention, she breaks up with him and files a restraining order with her family’s support.

As the trauma-to-triumph narrative plods forward, I found myself wondering why this wasn’t aired at an earlier hour. Some of the dialogue has the distinct ring of an after-school special on teen dating abuse. That’s certainly a valuable topic, but other strong material from the book Reviving Ophelia–much of it still pertinent today–is weeded painfully thin. Relegated to back story are issues such as Kelli’s awareness of being pulled in all directions–her teachers holding one expectation for her, her friends another, her mother yet another.

It would be a challenge for anyone to turn Pipher’s lengthy book, filled with case studies, into a coherent filmscript. What seems a missed opportunity, however, is boiling down the issues she covered to the one theme of abuse. To give credit, Lifetime’s writers do update Pipher’s research with such contemporary issues as cyberstalking, and extend Pipher’s work by bringing in the mothers’ stories, since issues of self-esteem certainly carry over to adult women’s lives. Lifetime is faithful to the original work in that it focuses on  two white, middle-class girls, but since Pipher’s book can be critiqued for being too homogeneous, Lifetime missed an opportunity to expand to portray a broader range of characters.

On its website, Lifetime offers an excerpt from the book, an  interview with Pipher and discussion guides for teens and parents. There is also a link to Break the Cycle, “the nation’s leading teen dating violence prevention organization,” and one to Callout Cards from the organization That’s Not Cool, which can be downloaded or sent through the Net to comment critically (and humorously) on social media harassment.

The film ends with Elizabeth and her mother baking together when they can’t sleep. Unlike the opening scene, in which Mom directs the two girls as they make a cake, she now urges her daughter to do it herself and crack the egg harder on the side of the bowl. Recognizing the need for girls to learn resiliency is central to Pipher’s book, yet the cozy kitchen scene seems an overly tidy ending to the complex issues she first cracked open.

Reviving Ophelia is next playing on Saturday, November 20, at 7 p.m. on Lifetime.