Am I The Only Feminist Who Liked Perry's "For Colored Girls"? - Ms. Magazine
Skip to content 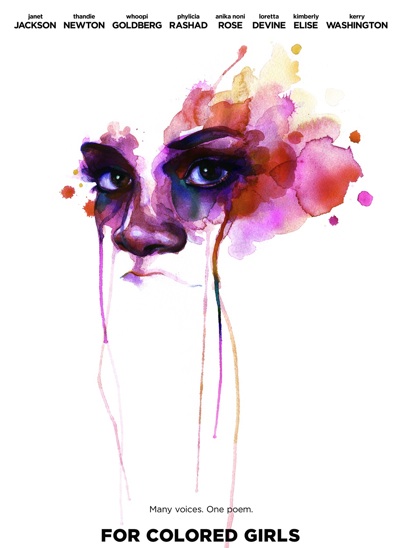 I doubt that I am, and judging from the mostly black female audience that filled the theater where I watched Tyler Perry’s film adaptation of Ntozake Shange’s celebrated “choreopoem,” I believe the word-of-mouth among black women is that Perry got more things right than wrong in presenting the classic narrative on black women’s blues.

Other Ms. reviewers, such as Mako Fitts and Linda Villarosa, point out some crucial problems with Perry’s take–from homophobia to a conservative dismissal of positive black female sexuality to a simplistic portrayal of black men. Over at The Root, Salamisha Tillet argues that Perry severely undermines black feminism through his negative portrayal of Janet Jackson’s character, Jo, a black professional woman.

I can’t help but wonder, though, at the chorus of critics not previously invested in black feminist issues who gave the film overwhelming negative reviews. From Roger Ebert to the early reviews offered in Variety and Hollywood Reporter to Courtland Milloy who wishes to speak “for black men who have considered homicide” after watching the movie, reviewers have condemned the film as “cluttered,” “man-hating” and a “train wreck.”

What none of the critics–feminist or otherwise–pointed out was the transformation that occurred when Perry grounded the abstract poetry of Shange in cinematic realism. On-stage monologues about secret abortions and abuse allow us to go with our imaginations and feel the poems, but seeing these scenes through candid film shots was downright traumatizing. Whatever art and lyricism are conveyed in poetry, there is nothing like the gritty reality of the motion picture. While Shange’s words offer great humor and great pain, along with rainbows and rhythmic movements in jazz and salsa, Perry’s adaptation goes a step further by transporting the dance and the words into concrete scenarios played by concrete characters with names, addresses, relatives, partners and careers. The colors of the rainbow are literally missing in these women’s dark, six-block universe. There is no abstract thought to wish away the pain, making quite manifest the opening words:

I can only conclude that many in America are still unwilling or unable to hear “a black girl’s song” that has been stripped of abstractions. This reminds me of something James Baldwin said a long time ago:

It is only in his music, which Americans are able to admire because a protective sentimentality limits their understanding of it, that the Negro in America has been able to tell his story. It is a story which otherwise has yet to be told and which no American is prepared to hear.

We may appreciate Shange’s words, influenced by that great American tradition known as black music, but we don’t always appreciate the pain (nor do we want to bear it). Whatever “protective sentimentality” we may want to bring to a film version of For Colored Girls, it gets ripped apart here–and we don’t like it.

Which is why it is easier to dismiss this pain by calling it “soap opera” or “melodrama” or whatever other adjective we’ve come to browbeat the “low art” of folk and/or women’s expression. Tyler Perry’s infamous reputation easily becomes the excuse to condemn the film as a “cheap” version of Shange’s now-elite art. But Shange’s reaction to an interviewer’s question about whether Perry “cheapened” her choreopoem shows another side of the story. Her response? “Darling, my work used to be for free.”

Indeed, Perry’s original appeal to the masses–his use of popular language and his bravery in approaching the Morality Tale–brings him closer to other great artists and cultural forces than some would like to admit. Like a great medievalist (think Chaucer), Perry has captured the “vulgar,” something of the “unsophisticated” common folk. It is the same subject matter that has driven the Nigerian film industry, or “Nollywood,” to become the third largest in the world: a reliance on folklore, myths and religious moralism. And it is this same connection to “folk” that marks the early success of Ntozake Shange, whose folk spellings and Ebonics-layered language brought an honesty and realness that spoke to so many then and continues to speak to so many today.

There is a brilliant scene in the movie that cuts through the artificial distinctions between “high” and “low” art and fuses Shange’s lyrical abstractions with Perry’s concrete representations. Shange’s “Pyramid” poem is performed as an opera and intercut disturbingly with a scene of rape. Sometimes words alone cannot capture such trauma–only music and primal screams suffice. The emotive release this scene achieves demonstrates that when poets like Shange can find the right words to shatter the silence, when filmmakers like Perry can find the visuals to dramatize the pain and when phenomenal actors like the cast assembled here can bring alive image and sound through the power of performance, together they successfully sing the black girl’s song. What we must now determine is how many of us can hear it.

In a Post-Roe America, Expect More Births in a Country Where Maternal Mortality Continues to Rise

The U.S. Is Facing a Maternal Health Crisis. Is Climate Change Making It Worse?