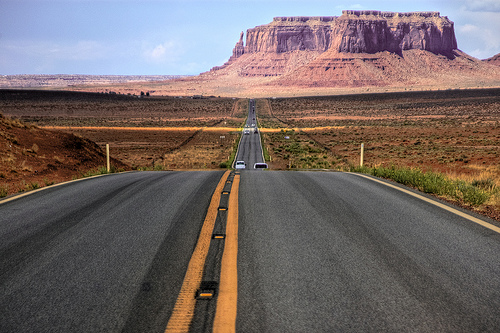 Arizonans committed to social justice can sigh with relief over Democratic Rep. Raul Grijalva’s re-election to a fifth term in the U.S. House–something that conservatives fought tooth and nail because Grijalva supported a targeted economic boycott of the state over its draconian new immigration law. But that’s about the only good news out of Arizona.

Grijalva’s reelection had much to do with the turnout of Latino voters in his district. The primarily Latino Yuma County garnered 3,000 new voter registrations, almost all Democratic, and it’s so unusual a number that anti-immigration groups are crying voter fraud. But it’s not hard to deduce what drove the new registrations: Nationwide, the Arizona law and the general demonization of Latino immigrants fueled a tide of Latino voters who stopped Republicans from seizing control of the U.S. Senate and drove Democratic wins in California, Colorado and Nevada, even as Democrats suffered huge losses overall in Congressional seats. In California, Governor-elect Jerry Brown received 86 percent of the Latino vote.

In Arizona itself, though, anti-immigrant fear ruled. In Arizona counties such as Maricopa, home to Phoenix, which have historically voted Republican and been staunch supporters of Sheriff Joe Arpaio’s inhumane tent cities of inmates and “illegal immigrants,” voters turned out in record numbers (42 percent of registered voters in Maricopa) to support Arpaio. Gov. Jan Brewer, architect of SB 1070, the now-infamous anti-immigrant bill, won the gubernatorial seat by 13 percent despite bombing a televised debate by standing silently for 30 seconds and even though her opponent Terry Goddard garnered 85 percent of the Latino vote. (It didn’t help that he, too, bombed the debate).

So now, with Brewer still at the helm, what can Arizona expect? Here’s what’s likely:

With Brewer in office, prison development may also be on Arizona’s horizon. It was recently leaked that the force behind SB 1070 was the lobbying group American Legislative Exchange Council (ALEC), which is most notably supported in large part by the billion-dollar Corrections Corporation of America—the largest private prison company in the country. In fact, the Corrections Corporation of America believes “immigrant detention is their next big market”–a prediction SB 1070 is likely to make truth.

Other Republican midterm election winners included Tom Horne (attorney general and former state superintendent of schools), who spearheaded efforts against Tucson Unified School District’s Raza studies program, claiming that ethnic studies promotes racial separatism; and John McCain, who won re-election to the Senate in part because of his incumbent status but also because he channeled Tea Party anger over spending in Washington. Despite losing his bid for the presidency in 2008, McCain has remained firm in the anti-immigration stand his campaign took. While he once advocated for asylum for those with long-term residency in the U.S. with no criminal record, he now says:

The communities in Arizona that suffer the negative impacts from illegal border crossings and the lawlessness along the southern border deserve the full support of the federal government.

But the biggest losers of all in the Arizona were not immigrants but rather affirmative-action beneficiaries. Proposition 107–which bans the consideration of race, ethnicity or gender in state government hiring, including at public colleges and universities–passed. Sixty percent of voters approved this ban, reflecting the the opinion of the state’s 86 percent white population, who most likely believe affirmative action is a racial preference that hurts their chances at employment and university access. But here’s the thing the so-called narrative of racial preference glaringly overlooks: The biggest beneficiaries of affirmative action have not been minorities but white women. So voters have inadvertently ushered in an era in which white women are not provided equal access to employment and institutions in ways that they have in the past.

At least voters have approved Proposition 203—the legalization of marijuana for medical use. Since State Sen. Russell Pearce has declared that the Arizona Legislature will become “The Tea Party Senate,” immigrant and feminist and progressive Arizonans might all need a prescription.