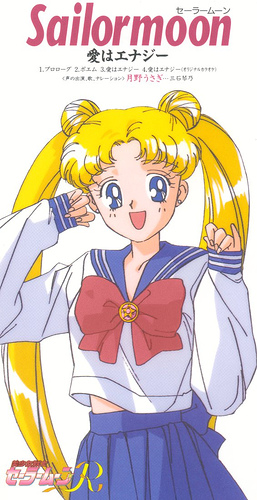 I loved Sailor Moon when I was a kid. I  mean I really, really loved her. But is a photo of her going to prevent child abuse? Probably not.

The latest campaign to go viral on Facebook asks users to change their profile picture to an image of their favorite childhood cartoon character to raise awareness about child abuse. Though the reporting and prevention of child abuse are, unquestionably, issues demanding worldwide attention, the “invasion of memories” that Facebook campaign administrators had hoped to create is unlikely to impact the lives of real children–because it lacks any substantial, meaningful action.

Viral campaigns, like Facebook’s now infamous “I like it on the…” campaign for breast cancer awareness, which asked women to say where they liked to leave their purses at the end of the day–but in the form of an oh-so-coy and clever sexual innuendo–gesture at social activism but seem to do very little other than create confusion and generate skeptical blog posts.

This is not to say that online activism as a general practice lacks substance or the potential for positive social change. To the contrary, campaigns like the #ihadanabortion Twitter hash tag generate dialogue and create community by opening up space for women (or the targeted group–in the case of the Facebook cartoon characters, survivors of child abuse) to speak about their experiences. By tweeting #ihadanabortion, women were able to take public ownership of their reproductive choices and put a human (or at least a Twitter-human) face on a complex issue that is often co-opted by the right wing to represent all “liberal evils,” like, you know, health care n’ stuff.

But changing your Facebook profile photo, or saying you “like it on the couch,” or posting “black” or “polka dot” (an oblique proclamation of bra color) as your Facebook status probably won’t open up space for survivors to tell their stories. The cartoon character campaign, which ends today, doesn’t seem to encourage survivors to speak out at all. In fact, one Facebook user, Louise Kerry, posted her story of child abuse in support of the campaign and was met with this reply: “wow quite a story there must of taken you….2 secs to copy and paste that.” Apparently the campaign isn’t meant to generate support for survivors…?

The campaign doesn’t seem concerned with generating funds for charities or NGOs working to prevent child abuse, either. The Facebook group page for the cartoon character campaign lacks any information about donating money or volunteering for anti-child abuse organizations. In the case of the breast cancer campaigns, it wasn’t clear what the status updates even meant. If social media users themselves aren’t sure of a campaign’s purpose, is it likely that any real change can take place? Where’s the  meaningful action to go along with the obscure gesture?

As one of my family members, himself a father, said: “How is changing my profile pic to a cartoon going to prevent child abuse??”

Here are some great ideas from Prevent Child Abuse America on what you can do to stop child abuse.