In case you missed out, it’s My Little Pony week on the Ms. blog!

Having been thoroughly indoctrinated as a child to love ponies–and My Little Pony in particular–much of my understandings of femininity and heteronormativity come directly from my childhood interactions with cartoon ponies. (Diary excerpt: “I love wearing heels, it makes me feel like a pony!”) Looking back on TV shows like My Little Pony and Princess Gwenevere and the Jewel Riders–shows in which the powerful female figure was demonized as evil and the main character was always blond and blue-eyed–made me think, “Wow, the old days were so sexist and racist and heteronormative–thank goodness kids shows aren’t like that anymore!”

But alas, I spoke too soon.

Recently, I was fact-checking a Ms. Blog post regarding the sexed-up makeover of various children’s toys–in this case, the hallowed My Little Pony franchise from Hasbro–which led me to their website and an introduction to the latest My Little Pony TV show.

The very first image I saw was this: 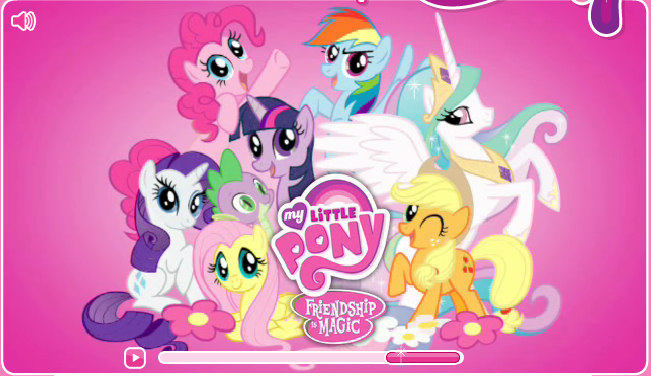 I was immediately concerned that the only pony that looked slightly angry or tomboyish was the rainbow pony. Since there’s a false stereotype that all feminists are angry, tomboyish lesbians, it was disconcerting to think that a kid’s TV show would uphold this. I watched the video clip and, indeed, the rainbow pony stands out as having a perpetually maniacal expression while the others are cute and cuddly.

According to the “meet the ponies” page, which invites viewers to click on a pony to learn about each of their distinct personalities, “Rainbow Dash” is “capable and athletic,” “lives for adventure,” “brave and bold” and proves “time and time again that she is a true hero!” This positive portrayal made me wonder if perhaps the company was not providing a caricature but allowing for a positive account of gender-bending, and so I asked for a second opinion.

I showed the video to fellow Ms. intern/blogger Kyle and asked, “What’s wrong with this picture?” he responded, “There aren’t any black ponies. Why aren’t there any brothas on the wall?” I had originally assumed that the purple ponies were supposed to represent black ponies, but he was right–the ponies don’t seem very racially diverse.

But then we noticed that there were, indeed, black ponies: 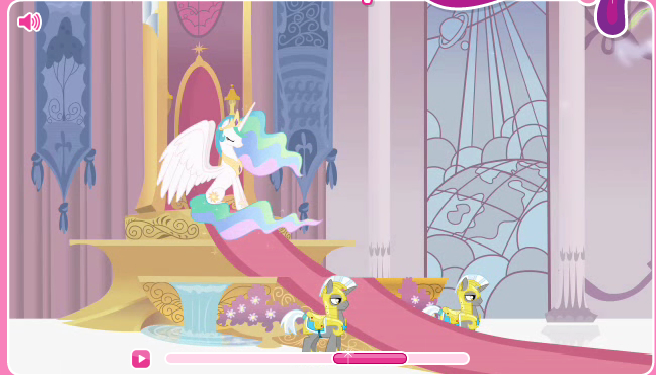 Yes–the only black ponies in the TV show My Little Pony are slave ponies to the white pony overlord! How can we expect kids to grow up rejecting racism when they watch shows like this?

Finally, I went looking for an episode of My Little Pony online to further dissect and discovered the following description:

‘Get your muzzle out of those books and make some friends!’ That’s what Princess Celestia tells Twilight Sparkle. She may be the smartest unicorn in Equestria, but Twilight Sparkle gets an ‘incomplete’ in friendship. There’s more to life than learning magic, after all–so she goes to Ponyville on a mission to make friends. There she meets five special ponies who take her on exciting adventures and teach her the most powerful magic of all … the magic of friendship!

This cheerful description of an authority figure specifically ordering a pony to stop studying so that she can make friends reminds me of the infamous Barbie quote–“Math class is tough.” Ponyville seems to be a culture that dismisses girls who prefer reading books to playing dress-up and looking beautiful (and sparkling, of course).

So overall, these are the lessons My Little Pony teaches girls:

Rolling Back Abortion Rights in the U.S. Will Send Shockwaves Around the World

Our Favorite Signs From the Nationwide ‘Bans Off’ Marches
Weekend Reading on Women’s Representation: Celebrating AAPI Women Leaders; Lisa Cook Is First Black Woman on Federal Reserve Board
The Political Religions That Brought Down Roe