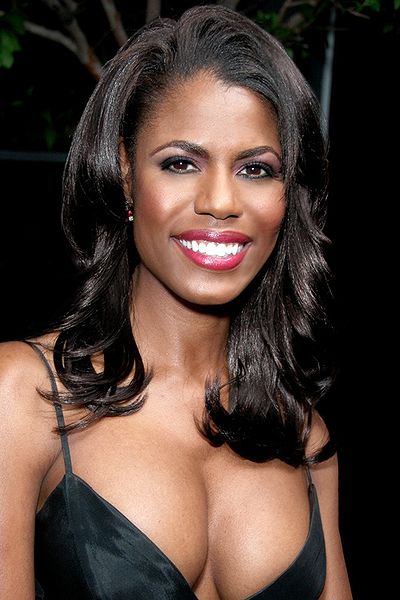 Is every woman either desperate to get married (Bridezillas), a slut/bitch (Rock of Love) or a beauty-obsessed waif (America’s Next Top Model)? Is every man either a despicable douchebag (Tool Academy) or a thugged-out gangsta (again, Tool Academy)?

If we were to judge from the reality TV shows that have populated our cultural landscape over the last decade, the answer would be a resounding “yes.”

Reality TV is replete with regressive portrayals of men and women–what Jennifer Pozner, author of Reality Bites Back: The Troubling Truth About Guilty Pleasure TV and director of Women in Media and News, dubs the “genre’s most overused, egregious, and cliched stock characters.”

Given the ever-increasing hordes of “reality” shows and their influence on our perceptions of what is “real,” I’d say it’s high time for some lessons in media literacy.

Media literacy education has been deemed essential preparation for children and adults alike in our 21st century environment, in which hardly a moment of our life goes unmediated. Media literacy advocates aren’t stumping for censorship, or discouraging popular media consumption entirely, but rather encouraging consumption with a critical eye. As Pozner recently said on AOL’s TV Squad:

If you enjoy reality television, I’m not here to tell you to dump ‘The Bachelor’…[Media literacy is] about learning to keep your critical faculties engaged, and that’s difficult because we turn on the television seeking entertainment, and we assume that entertainment means we don’t have to think.

Pozner has some creative ways to increase media literacy. She tells Bitch:

On the Reality Bites Back website there are Reality TV Mad Libs that are designed to increase media literacy. There is also a “Deconstruction Guide” with questions that people should keep in mind when they’re watching reality shows—or when they’re engaging with any other kind of media. There are tips for parents about how you can talk with your children about media literacy and how to let the kids guide that discussion. There are a lot of how-tos that make it fun to explore media literacy, so it’s not just medicine that you take.

My favorite of Pozner’s media literacy tools is her “Reality Rehab” web show, a hilarious, SNL-like spin on “Celebrity Rehab with Dr. Drew” that borrows you-can’t-make-this-stuff-up dialogue and scenes from reality TV shows (“I would be a servant to you”). In each webisode, “Dr. Jenn” helps one of reality TV’s most persistent stock characters (“The Slutty Bitch,” “The Angry Black Woman,” “The Top Model,” “The Real Housewife”) break out of his or her stereotype. After completing a stint in Reality Rehab, which combines “media literacy therapy” with “confessional cam” monologues, the characters emerge fully-dimensional human beings once more. Here’s Douchebag Dude, webisode 6:

In the process, the characters share insights into the machinations of reality TV: how producers use casting, “Frankenbite” editing and various production tricks to turn fully dimensional beings into one-dimensional tropes. By revealing these mechanisms, Pozner aims “to get people to become more critical media consumers, especially in relation to the regressive gender, racial, class and sexuality tropes hawked within the reality TV genre.”

When I incorporated the webisodes into my own women’s studies curriculum this semester, they did just that, to judge by my students’ comments:

From explaining to the “top model” that she is never going to be a top model because she does not fit the extremely limited and one-dimensional mold that America’s Next Top Model makes their girls fit into, to telling “the bachelorette” that she should not waste her time settling for sloppy, egotistical men who have stuck their tongues down twenty-five girl’s throats, Jenn is definitely helping the “stars” and viewers make sense of this reality show world that has completely consumed them. – Andrea S., a 19 year-old Sociology major

As a reality television viewer, it is so easy to get sucked in and believe that what I am watching is real footage of people’s lives. Jennifer Pozner, and her websidodes, help to effectively use media literacy to expose how reality television warps the idea of “real” and alters it into something completely different. It was nice to get some reality rehab for myself! Chandler R., an 18 year-old Anthropology major

Indeed, everyone could use some “reality rehab.” To assume that we’re immune from the regressive tropes and values espoused by reality TV is to be ostriches with our heads buried in the sand. Whether we watch or not, everyone else does, and the lessons are insidious. It behooves all of us to sharpen our media literacy skills in order to challenge the toxic tales churned out by reality TV–and Pozner is leading the way.

Photo of The Apprentice’s Omarosa Manigault-Stallworth by Glenn Francis. Reused under Wikimedia Commons.