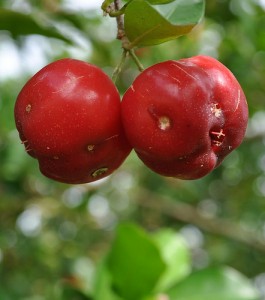 For Jeannette Yarborough’s 17th wedding anniversary, she wanted to give her husband something special. So she had her hymen re-attached.

Wow, better than new golf clubs or even tennis balls! This gift would allow hubby the thrill of conquering a “virgin” all over again!

According to news reports, hymenoplasty, or “revirgination” surgery, is increasingly in vogue across Asia, in the Middle East and in Muslim communities in Western Europe and the U.K. While there is no hard data about hymenoplasties in the United States, approximately one to two thousand vaginal rejuvenation surgeries are performed in the U.S. each year. And on promotional websites like Revirginization.net, the surgery is being billed as the Next Big Thing.

Swallow hard, then go to the site, which offers a segment on “Designer Vagina(s)”, and the promise that you can look and feel like a virgin again. Here you can find the reassurance you are seeking that restoring your virginity will please your man, not to mention spare him the shame of bedding a hymen-less woman.

I do not understand any of this.

First of all, where do doctors get new hymens from? Is it fabric? Discarded fat left in the bin from somebody else’s tummy tuck? Pig skin? I could investigate this, but I’m afraid of what I might find.

Secondly, when did virginal conquest become hotter than good old sex? My guess is that it’s come back into vogue courtesy of the “purity” movement, in which young women pledge–to their fathers–to remain virgins until they marry. It’s spawned father/daughter Purity Balls, purity jewelry and a lot of flapdoodle about saving your most precious gift for your husband.

In the purity scenario, young women are supposed to transition from the patriarchal oversight of their fathers to the patriarchal oversight of their future husbands. The father “gives” his pure-as-pure-can-be girl to the man who will own her, who will “conquer” her and make her His Wife. This retro ideology is part and parcel of the abstinence-only movement, which has churned out much bad information and created a creepy nostalgia for the good old days when Father Knew Best.

This constant yammering about the “gift of virginity” has apparently shamed some women into really missing their hymens. Some miss them so much they will pay $5,900 to get them back.

Virginity as an ideal started back when it was vital for a pregnant woman to know who her baby daddy was. Today we have DNA tests. But somehow, along the way to now, virginity came to mean “something about a person’s morality, character, and spirituality,” according to historian (and Ms. blogger) Hanne Blank in her 2007 book Virgin: A History.

While many of us are fighting to maintain a woman’s access to safe and legal abortion and the right for consenting adults to express their sexuality in ways they see fit, the re-virginization folks seem to want women to refocus on their husbands. Revirgination.net promises rather vaguely that the surgery will be “for him.” Are we to believe men get off on “deflowering” women, or that having sex with a pretend-virgin saves their fragile egos? Has anyone asked any men about this?

The women who go to get their hymens reconstructed sit side-by-side in plastic surgery offices with women about to have basketball-sized implants stuck in their healthy chests. Is plastic surgery’s repackaging of women as Barbie dolls so far from dressing up teenaged girls in Purity Tiaras so they can waltz around with their dads at a Purity Ball? Sex as commodity is the same whether you’re “saving” it to give as a gift to your husband, or giving it away by presenting a plastic-enhanced, hyper-sexualized image to the world.

What’s healthier and ultimately safer: a patriarchy-enforced “purity” or a self-aware understanding of the joys and responsibilities of sex?

So sorry, honey, I’m not re-virginating for our upcoming anniversary. Instead, how about a nice subscription to Ms. magazine? Just a suggestion.