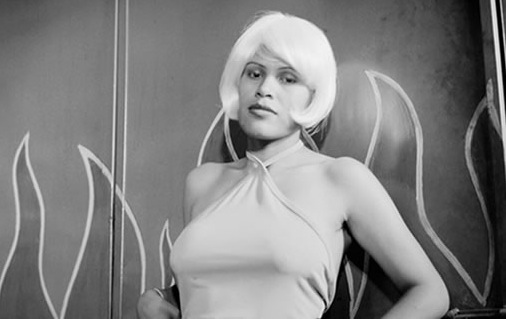 Even though the 38th anniversary of Roe v. Wade has passed, don’t think that the feminist celebration has come to an end, my friends. This week brings more pro-choice events around the country, along with feminist conferences, art exhibits, Barbie discussions and even some guilty-pleasure reality-show fun (Hint: don’t be tardy to any of these parties)!

Mexican photographer Maya Goded addresses the lives of women who are forgotten by society: prostitutes in Mexico City, the disappeared women of Juárez and women in northern Mexico known as witches. This is the last week of the exhibition at the California Museum of Photography.

On January 25, Peggy Mastroaianni, associate legal counsel of the Equal Employment Opportunity Commission, and Ann Hopkins, who became the first Supreme Court court-ordered law partner after winning her sex discrimination case, will give a talk about current court decisions on sex discrimination in the workplace.

Join the Virginia Pro-Choice Coalition on January 27th from 8 a.m. to 2 p.m. to lobby your legislators and rally with hundreds of other pro-choice advocates. The event will feature pro-choice speakers, break-out sessions and opportunities to be visible in committee hearings. RSVP here.

Do you remember when Teresa flipped the table? Were you watching Kelly and her jellybeans on crazy island? Do you know every word of “Tardy to the Party”? If you’re like me, then the Real Housewives is your favorite reality franchise of all time, and you have pretty much memorized every great moment of the shows. Relive your favorite real housewives moments (and mouth along to the words) at the Upright Citizens Brigade Theatre’s staged reading of classic scenes on January 27 at 9:30 p.m..

Whatever your level of policy experience, the fifth annual conference on January 28-29 invites you to join colleagues and new friends in a two-day interactive policy conversation.

When I was a kid, I really wanted a Thumbelina Barbie. My dad, who thought that Barbies were inherently evil and would ruin my self-esteem, concocted a plan; He told me he would buy me Thumbelina Barbie if I agreed to forfeit all my other Barbies in exchange, forever. With my eyes set only on the alluring Thumbelina, I foolhardedly agreed and spent the rest of my childhood with only Thumbelina Barbie and no Barbie friends for her to play with. Even if your parents weren’t so extreme in their beliefs on the evils of Barbie, Barbie might still be on your mind after this Ms. blog post. If so, join Ms. bloggers Natalie Wilson, Elline Lipkin and Melanie Klein, along with “Drown the Dolls” artist Daena Title and the first-ever voice of Spanish Barbie, Marabina Jaimes, in a discussion on the depths of the Barbie universe at Koplin Del Rio gallery on January 29 from 3 to 5 p.m.

Join Students for Choice on January 29th for an inspiring day of workshops, trainings, skill building, idea sharing and strategizing.

If you know of any other feminist events this week, post them in the comments. If you have an upcoming event to feature, email me at [email protected]

Photo by Maya Goded from her exhibition Las Olivadas