She’s responsible for collapsing the economic system! Inciting violence! And adhering to Communism!

Would you believe that Fox News bloviator Glenn Beck was talking about a 78-year-old distinguished woman professor of sociology at the City University of New York?

While Beck is well known for his hyperbole and extremist claims, his pointed attacks on Frances Fox Piven–which have resulted in widely reported death threats–and her late husband Richard Cloward are a deliberate attempt to cow anyone who supports the right of poor people to organize or mobilize on their own behalf. Piven has spent much of her half-century-long academic career writing about how ordinary folks—women, poor people, African Americans, workers—can best affect social policy. She asks how and why progressive legislation such as the New Deal policies of the 1930s were enacted, and how ordinary people can have political influence in a society where inequality is prevalent and those without resources have little political clout. 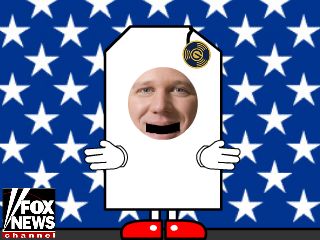 The interest in Piven by Beck and other conservatives, The New York Times explains, arises out of a 1966 article she wrote with Cloward,  “The Weight of the Poor: A Strategy to End Poverty.” The authors proposed that “if people overwhelmed the welfare rolls, fiscal and political stress on the system could force reform and give rise to changes like a guaranteed income.” They advocated this strategy, notes R.K. Barry, because many Americans eligible for welfare weren’t receiving it, and a welfare enrollment drive could create a crisis that would get the government to act. Beck has called the article “economic sabotage,” sugggesting that the authors’ plan was to bring about the fall of capitalism.

Piven was also taken to task by Beck for a recent article in The Nation in which she wrote that “an effective movement of the unemployed [in the U.S.] will have to look something like the strikes and riots that have spread across Greece.” A call to violence? Not at all, said Piven:

There is a kind of rhetorical trick that is always used to denounce movements of ordinary people, and that is to imply that the massing of people itself is violent.

The poor and powerless, Piven has long pointed out, don’t often have access to the legislative halls and have limited contact with executives and corporate leaders. So they have wielded influence by coming together en masse to protest, demonstrate and make their voices heard.

The civil rights movement of the 1960s perhaps best illustrates this. Both the 1964 Civil Rights Act, which dismantled Jim Crow segregation in the South, and the 1965 Voting Rights Act, which protected African Americans’ long-overdue access to the franchise, were enacted because thousands of African Americans in the South and their white supporters protested, demonstrated, marched and sat in. People who couldn’t enforce decisions were able to influence those who could.The violence that occurred during these protests originated, by and large, with people opposing the change, not with the protesters. White supremacists and Klan members beat, harassed and murdered civil rights activists with impunity.

Of course the civil rights movement was not the only example of effective human mobilization: Gay rights activists, women’s liberationists and student activists all are examples of relatively powerless people creating change.

By personally targeting Frances Fox Piven, Glenn Beck has attempted to silence those who have defended and protected the fundamental right of Americans to protest and assembly–a right that has brought us closer to a democratic, egalitarian and socially just society. So who’s really stirring up vengeance and violence here–Frances Fox Piven or media demagogues?

Photo of Glenn Beck as teabag from Flickr user matthewfilipowicz under license from Creative Commons 2.0

Midterms and ‘Mid-Cycle Spotting’: Getting Real About Women’s Health
‘Voters Showed Up for Democracy’ Despite Record-Breaking Suppression: The Ms. Q&A With Maya Wiley
White Men Are the Last Best Hope for Herschel Walker in Georgia Senate Runoff