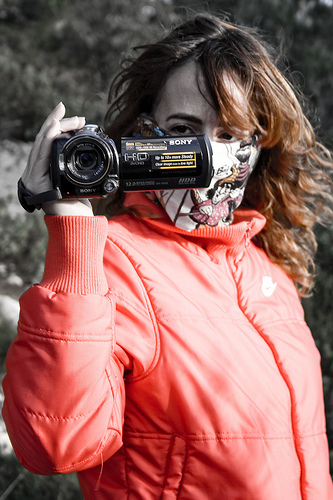 Alas, another awards season is upon us, and another slate of Oscar nominees has disappointed those of us foolishly hoping for gender parity.

With that said, the Oscars matter about as much as the Grammys (remember Crash winning over Brokeback Mountain?) Where the Oscars do matter, however, is that they accurately mirror gender diversity in the mainstream film industry–where women still only hold a fraction of the creative roles.

Martha M. Lauzen, a professor at San Diego State University, has completed her annual “Celluloid Ceiling” study of the employment of women on the top 250 highest grossing domestic films of 2010, and she’s has been kind enough to give Ms. a look at her findings:

–       In 2010, women comprised 16% of all directors, executive producers, producers, writers, cinematographers, and editors working on the top 250 domestic grossing films.  This represents a decline of 1 percentage point from 1998 and is even with 2009 figures.

The statistics may look hopeless, but remember that they are for the 250 highest-grossing films. Women directors, writers, producers, editors and cinematographers are out there, they just need a lot more exposure (and subsequently, recognition). And as Ms. editor Michele Kort previously implored readers, the only way to see an immediate shift in the number of women directing mainstream films is for audience members to support women in the field:

We can do our part as movie viewers to help raise this pitifully low rate. If a film comes out that’s directed by a woman, make a point to see it in a theater. If you’re an Academy member, vote for women directors. Wouldn’t it be amazing if, one day, the preponderance of Oscar-nominated films were directed by women?

If you prefer your dismal stats framed by lovely black-and-white shots, here’s a great film on this topic from the Women’s Media Center: