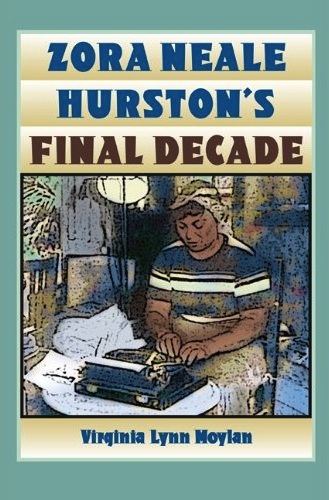 In 1975, Alice Walker’s famous article “In Search of Zora Neale Hurston” was published in Ms. magazine. The article, which is largely credited with reviving interest in Hurston’s writings, finds Walker recounting a journey to central Florida to find anyone who knew the prolific author, in hopes of filling in the missing details of her life. When she arrived, Walker realized that few had heard of Hurston or read her works, nor had they properly honored her after she died. Posing as her niece, Walker made her way to Hurston’s weed-covered grave and purchased a headstone with the engraving: “A Genius of the South, 1901 – 1960. Novelist, Folklorist, Anthropologist”:

It was impossible for me to cry when I saw the field full of weeds where Zora is. Partly this is because I have come to know Zora through her books and she was not a teary sort of person herself; but partly, too, it is because there is a point at which even grief feels absurd. And at this point, laughter gushes up to retrieve sanity.

Nearly 40 years after Walker’s article, Zora Neale Hurston is one of the most revered Black authors in American literary history, best known for her novel Their Eyes Were Watching God. Want to know more about her? Virginia Lynn Moylan’s biography Zora Neale Hurston’s Final Decade, which will be released on April 3, focuses on Hurston’s relatively unexplored final years and includes voices from people never before interviewed.

And to read more Hurston, check out Jonah’s Guard Vine, Mules and Men and Dust Tracks on a Road.