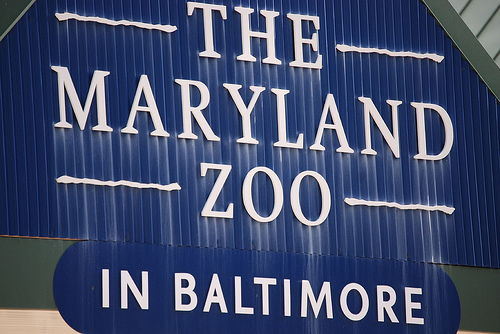 In November 2009, the Baltimore City Council passed the first-of-its-kind ordinance, sponsored by City Council President Stephanie Rawlings-Blake, requiring CPCs to post signs in both English and Spanish in their waiting rooms stating that they do not–despite outward appearances–provide or make referrals for abortion or birth-control services. Centers that failed to comply could be fined up to $150 a day.

The ordinance was to go into effect in January of 2010, but in March of that year a lawsuit was filed by the Archdiocese of Baltimore and a crisis pregnancy center it supports. They argued that the signage would violate their First Amendment rights, since under the First Amendment free speech can neither be prohibited nor compelled, and pregnancy counselors should not be forced to provide information that violates their religious beliefs.

CPCs are located all over the country–today there are as many as 4000 nationwide. I remember seeing one on the drive from the airport to my college campus and being tricked by it, thinking, “Oh good, now I know where I can go if I need to.” But CPCs do not offer abortions, nor birth control, nor do they offer counseling about either. They only pretend to. CPCs purposefully place themselves near facilities that provide abortion and birth control and have signs suggesting that they might provide such services as well in the hopes of confusing, scaring and bullying pregnant women who are trying to learn about their options other than carrying a pregnancy to term.

Baltimore has the country’s oldest CPC, The Greater Baltimore Center for Pregnancy Concerns, which founded in 1980. In 2007 and 2008, NARAL Pro-Choice Maryland sent out volunteers to determine the kind of information being distributed at that and other CPCs, and what they found was alarming. Most CPCs are staffed primarily by volunteers with no medical training, and these staff members routinely provide deceptive antiabortion messages to women,

including that abortion is painful and life-threatening, has long-lasting physical and mental health consequences, increases a woman’s risk of breast cancer, and can lead to sterility or death.

NARAL volunteers were outright lied to about their choices regarding abortion and the effects of abortion on their health; one woman was told, “Don’t panic. Abortion is legal through all nine months of pregnancy, so you have plenty of time to make a decision.” Another was warned that “If a woman with breast cancer in her family has an abortion, then she will definitely get breast cancer, which will kill her.” The same counselor also said “abortion is very dangerous and causes infertility and emotional problems”–a statement that is not true.

Baltimore’s ordinance is a common-sense measure designed to protect consumers from a long-standing and documented pattern of deceptive practices by crisis pregnancy centers.

In a statement, Baltimore archbishop Edwin F. O’Brien said that the ruling would “protect private citizens … from having to convey a government mandated message [about abortion/birth control].” But, as Toti explains, under Baltimore’s ordinance CPCs are only required to post signs; the ordinance does not require them to discuss abortion or birth control nor refer anyone to a provider of same.

Toti hopes that the Garbis decision will have no effect on similar laws pending in other states and cities (including Washington, New York City,and Seattle). Speaking of the appeals process in Baltimore, she says, “We are confident we will prevail.” We hope she’s right.

Image from Jamesnichols81 under Creative Commons 3.0