Lady Antebellum and the Glorification of the Pre-Civil War South - Ms. Magazine
Skip to content 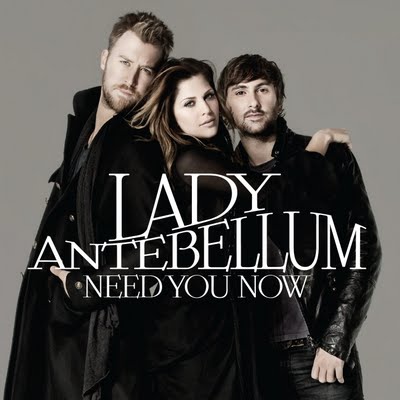 A few months ago, “Need You Now” by the country group Lady Antebellum was among iTunes’ free downloads. I’m a curious music lover with eclectic tastes, so I snagged the song for my iPod. It was catchy and nice in the inoffensive and pop-y way of crossover country–think Carrie Underwood not the rougher alt-country of Lucinda Williams. I’ll keep the song, which will fit nicely in some future playlist. But the band chafes me. It’s not the music; it’s the name. “Lady Antebellum” seems to me an example of the way we still–nearly 150 years after the end of the Civil War, nearly 50 years after the Civil Rights Ac; and in a supposedly post-racial country led by a biracial president–glorify a culture that was based on the violent oppression of people of color.

According to an article in the Augusta Chronicle, the idea for the name “Lady Antebellum” came after a photo shoot where band members dressed in Civil War-era clothing. It seems harmless–just a nod to the band’s roots south of the Mason-Dixon Line, a recognition of the Old South.

The antebellum period (from the Latin ante, “before,” and bellum, “war”) was the time period in America from after the birth of the United States to the start of the American Civil War. The Antebellum Age was a time of great transition because of the industrial revolution in America. It also was a time of growth in slavery in the American South. It was a phase in American history when America spread towards the west coast which among historians is generally referred to as “Westward Expansion”.

In the public consciousness, part of this story translates into Gone with the Wind-style mythology about big manor houses set on sprawling plantations; fair, delicate, pale-skinned maidens in frilly dresses; brave and handsome men in gray; and solid, traditional American values. This rosy view of the antebellum South only holds up if you don’t scratch too deep. But we’re not likely to do that and disturb the patriotic version of history. We like myth better.

That is why, over the years, at least two women have gushed at me: “I would just love to go back to that time!” One, a white woman who had recently read the Margaret Mitchell novel that became the classic movie, did not consider that for her to be “Scarlett” I would have to be a darkie working in the fields. My family would have to live in bondage as chattel–our very lives dependent on the whims of our masters. The way of life she associated with the antebellum period, and the economy that supported it, was dependent on free labor and the dehumanization of people of color (not to mention classism and sexism). As an African American descendant of slaves, I cannot overlook that bitter reality. My acquaintance read Gone with the Wind and wondered how grand it would be to be Scarlett O’Hara. I wondered how awful it must have been to be Mammy.

As an amateur family historian, I have scoured wills and bills of sale of Southern landed gentry in search of the names of my great-great-grandparents among the fine china and horses. Once you have done that, it is hard to look at the mythologizing of antebellum Southern culture as benign.

I was thinking about this fact last week as I finished reading Manhunt, by James Swanson. The book was a riveting account of the 12-day search for Abraham Lincoln’s assassin, Confederate sympathizer John Wilkes Booth. Manhunt is a historical account that reads like a James Patterson novel. I couldn’t put it down, despite knowing how the story ended. The book contains thrilling personal narratives of a defining event in American history. Hearing the impressions of President Lincoln’s family, members of his Cabinet, Union loyalists and rebels, made history come alive.

After reaching Manhunt‘s midpoint, I thought surely it would become a book that I enthusiastically recommend to other readers. But I found that as John Wilkes Booth’s saga wore on, Swanson seemed to be lionizing the assassin, which I found disconcerting and not a little offensive. Booth is drawn in purple prose. The author goes on and on about the actor’s luminescent white skin, his thick black hair, his charm and elegant clothing. We learn about Booth’s passionate conviction, his belief that his cause was noble and the inconveniences of life on the run. Booth becomes a hero, while his pursuers are drawn as petty bumblers, eager to cash in on the fame and money associated with bringing in the president’s killer. Swanson even compares Booth to Jesus twice.

Late in the book, Swanson writes about how years after Lincoln’s assassination, Booth has found a heroic fame that Lee Harvey Oswald or James Earl Ray never will. There is no better example of this than Manhunt itself, which seems to forget that Booth–charming stage star though he was–was, more importantly, vain, a murderer, a traitor, a racist and a megalomaniac.

This is yet another example of the soft and fuzzy way we look back on the Confederate cause, the antebellum South and slave culture. I cannot imagine a book set in Germany at the time of World War II that would fawn over the charm and appearance of defenders of the Third Reich or mention how members of the Nazi Party thought their cause noble. We would not draw those opponents as anything but villains for the evil they committed against humanity. Yet, mention the antebellum South or the Confederacy, and some Americans grow starry-eyed. No one thinks of the more than 10 million enslaved Africans who died in the Middle Passage or on some plantation or small farm. No one thinks of the people who were denied their freedom and humanity so that the Southern economy could rise, and that all those Rhetts and Scarletts could sit in their fine houses, showing off their fancy clothes and manners. That America forgets my ancestors, while longing for the “glory days” that their enslavement made possible, is offensive.

I don’t like what the Confederate flag stands for and hate to see it flown. I think a century is not long enough to turn an assassin into a hero. And a middle-of-the-road country band with a name that harks back to pre-Civil War days doesn’t feel benign to me. You may say that I am thinking too hard. I say that sometimes society doesn’t think hard enough about the elements of history we cherish.

Originally published at What Tami Said on 1/20/10.