How the GOP's Attack on Labor Is an Attack on Women - Ms. Magazine
Skip to content 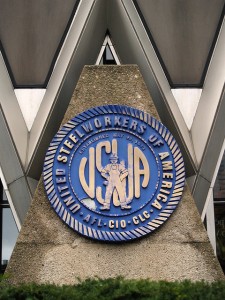 The first commemoration occurred on March 19, 1911, a time when most governments in the world, including the U.S. and Canada, barred women from voting and most employers refused to hire women, ghettoizing them in sweatshops.

Six days after that first international call to action for women, flames engulfed such a sweatshop, the Triangle Shirtwaist Factory in New York City, killing 146 workers, the vast majority of them young women aged 16 to 25, some of whom jumped to their deaths from the 9th floor rather than burn.

Women can vote now. They can hold most jobs, though not all, including combat positions in the U.S. military. And their pay is only 75 percent of men’s. So the struggle for equality and autonomy is not over. Yet the GOP is intent on setting women back. If the Republican governors across the country succeed in confiscating collective bargaining rights from public sector workers, women will be hurt most.

The grotesque working conditions at the Triangle Shirtwaist Factory, including locked and blocked exit doors, a failed fire escape, and fire hazards such as oily floors and wicker baskets of scraps, will be invoked on this centennial commemoration of International Women’s Day, as they were during observances in the early years after the tragedy. These conditions epitomized the very kind of oppression that International Women’s Day had been created to eradicate.

Labor organizations, such as the International Ladies’ Garment Workers’ Union and the Women’s Trade Union League aided the fire victims’ families and pressured for legislation to improve working conditions and protect exploited workers from the hazardous effects of employer greed. Since that time, labor unions have contributed significantly to the goal of women’s equality by, among other things, ensuring with contract language that their pay is equal to that of men performing the same tasks.

Some unions give special attention to the needs of women members. The United Steelworkers, for example, established Women of Steel (WOS), which trains and promotes women for leadership in a predominately male industrial union. WOS, in turn, aids sisters internationally, including the widows of 65 miners killed at Grupo Mexico’s Pasta de Conchos mine and Liberian women at the Firestone rubber plantation where USW and AFL-CIO training enabled workers to wrest control of their union from the corporation. Like the goal of the first International Women’s Day a century ago, this is women working to improve the lives of women worldwide.

Now, however, right wingers have launched broad attacks on unions, attempting to both crush their ability to protect workers and to elect progressive lawmakers who will do the same. This includes GOP efforts to pass Right to Freeload legislation that would permit workers who benefit from unions to shirk paying dues. And it includes attempts by GOP governors to strip public sector unions of the right to bargain over working conditions and benefits.

This is an attack on women. In the state and local public sector unions that these governors are trying to enfeeble, members are more likely to be women–teachers, librarians, nurses, and public health workers. On the state level, 52 percent of workers are women; on the local level, it’s 61 percent.

Public sector workers–the majority women–already earn less than their private sector counterparts. Two studies, one by the Economic Policy Institute and one by the non-partisan Center on Budget and Policy Priorities, show that when education, experience and benefits are factored into the calculations, government workers–the people who perform critical societal functions like protecting the elderly from abuse and teaching our children–earn 4 to 11 percent less than comparable private sector workers.

Despite the already-lower pay, public sector workers have agreed to wage cuts. But they refuse to accept GOP attempts to strip them of their right to bargain for safe working conditions and benefits.

GOP governors from Ohio to Indiana to Wisconsin have claimed last November’s elections gave them a mandate to decimate worker rights. But numerous polls, from those sponsored by the New York Times to USA Today/Gallup, have shown that these Republicans are wrong, that the public is not with them. Consistently, 60 percent in the polls say they oppose legislation terminating worker rights.

Photo of the plaque on the I.W. Abel building of the USW from Flickr user takomabibelot under Creative Commons.

Leo Gerard is the International President of the United Steelworkers. This post is a reprint from the USW blog.

Leo W. Gerard, International President of USW, is also a member of the AFL-CIO Executive Committee and chairs the labor federation’s Public Policy Committee. President Barack Obama recently appointed him to the President’s Advisory Committee on Trade Policy and Negotiations. He serves as co-chairman of the BlueGreen Alliance and on the boards of the Apollo Alliance, Campaign for America’s Future and the Economic Policy Institute. He is a member of the IMF and ICEM global labor federations and was instrumental in creating Workers Uniting, the first global union.