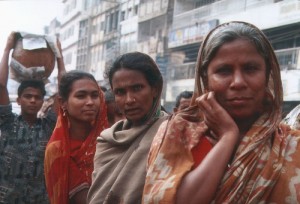 The last few months have been tough on the women of Bangladesh. What a sad irony it is that the land that gave the world the notion of Shakti, the fabled manifestation of feminine energy and creative power (and the Bengali word for strength), is the same land that is now in the headlines for its recent string of violence against women. Often gone unheard, often just a statistic on a watchdog organization’s list of the abused, these women are dying for change. Literally.

Last month in particular was sobering. During February’s cool days and nights, the sight of henna brings to mind scenes of celebration, festivity, and the blossoming love of newlywed couples. But it was a different henna that stained our collective consciousness this year: that of 14 year-old Hena Begum; her rape at the hands of her cousin; her beating by his family; her trial by Shariah; her public lashing; her death. We all read about it, expressed our outrage, and mourned her loss—as well as the state of our own society for allowing such a crime to take place.

Media outlets from her small village to the world over covered her story; and Bangladesh was left with the broken body of one of its daughters, upon which told the story of our collective failures: that of an ineffective legal system incapable of extending its reach to a village just 35 kilometers from the capital; of local law enforcement authorities who covered up the facts; of medical negligence and mistreatment of its patient; of the misuse of religion in the name of justice; and of repeated violence perpetuated against our women.

Ultimately, we remember Hena because the somber shadow of her death casts a revealing light upon our national shortcomings.

Her death was no isolated incident, either. In January, a 16 year-old girl was sentenced to 101 lashes after village elders discovered that she was raped last April. She lost consciousness during the ordeal, and her rapist was pardoned. In December, Sufia Begum of Tanore was accused of adultery and sentenced to 40 lashes by local village leaders. She died from the severity of the injuries she sustained.

Since 2000, there have been over 500 such public floggings recorded in Bangladesh (amounting to almost one incident per week)—this, despite the High Court banning fatwas in 2001, reaffirming the decision in 2010 when it declared all extra-judicial punishments illegal. But these incidents aren’t an issue of religious extremism. No, the violence and sexual harassment of our women can be seen and felt in almost every sector of our society.

In 2010 alone, over 150 women were doused with acid by spurned lovers and suitors, and by those who couldn’t win an argument over a piece of land. The same year, over 25 women committed suicide after falling victim to relentless “Eve-Teasing,” while 10 men and two women were murdered for protesting against the sexual harassment. Alarmingly, these numbers are an increase from those of the previous year.

In fact, so prevalent remains the problem of “Eve-Teasing” that the High Court of Bangladesh recently banned the term, deeming it unfit to characterize the severity the crime. And for good measure, too: Teasing is something done playfully on the schoolyard—it does not lead to broken bangles around slit wrists, nor to ornas draped around ceiling fans, upon which dangle the lifeless bodies of our nation’s abused.

Henceforth, “Eve-teasing” will be known for what it truly is: sexual violence against women and a violation of their most basic human rights. Perhaps these vivid terms will jolt greater sobriety into a society that has remained far too ambivalent over these matters for far too long.

Call it a difference in semantics, but in this case, the semantics will save lives.

Dear Bangladesh, our women are dying. They are our mothers, our sisters, and our daughters. They are the givers of life, the nourishers of our bodies and minds, and the embodiments of our cultural grace and beauty. They are our colleagues, as well as the holders of the highest offices in the land. They are the Birangona, the war heroines who birthed this nation. They are the face and the force that drives Bangladesh’s engine of growth. They deserve better. We, as a nation, owe it to ourselves to make life for them better.

While Bangladesh continues to receive international accolade as it surpasses all expectations regarding its development goals—with increasing participation of girls in the classroom; increasing maternal health indicators and decreasing child mortality rates; and more diverse job opportunities and participation of women in society—the worrying statistics surrounding the violence and harassment of women tell a different story altogether. And if we are to gauge the progress of a society based on that society’s treatment of its women—as the axiom goes—then Bangladesh has much to accomplish before it can truly boast of its development success.

Samier Mansur is a private consultant and economic analyst based in Dhaka, Bangladesh

Samier Mansur is the Co-Founder of LiveSafe, a mobile safety app that empowers citizens to keep themselves and their communities safe. Having worked on a range of conflict resolution, business development, and policy initiatives both locally and internationally alongside ambassadors, public, and private sector officials, he is passionate about ideas and technologies that can help make this world a better-organized and more peaceful place. As a Co-Founder of LiveSafe, he collaborates closely with students, citizens, and safety officials to help break down the barriers of safety communication and provide access to critical information resources, in order to build a safer world. 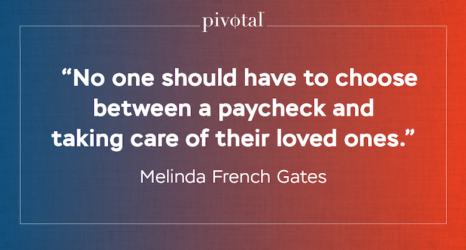 Why Has Paid Leave Generated Such Broad Support? Weekend Reading on Women’s Representation

“Women’s Rights Are Not Just ‘Western Values'”: A Warning Not to Learn the Wrong Lessons From Afghanistan