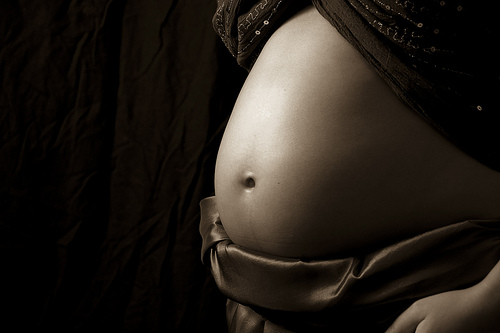 Women’s History Month should be a time of celebration. Sadly, when it comes to maternal health, there’s not a lot to celebrate this year.

Just one year ago, this wasn’t the case. In April 2010, maternal health was making headlines—with an encouraging story. Research published in the medical journal The Lancet found glimmers of hope in the downward direction of the global maternal mortality rate. Though certain parts of the world had experienced rising maternal mortality rates (including eastern and southern Africa, due to HIV/AIDS), the overall picture looked promising. These trends were supported by data in another report, Trends in Maternal Mortality [PDF], researched and written by the World Health Organization, the United Nations Children’s Fund, the United Nations Population Fund, and the World Bank, which found that the number of women who died due to complications during pregnancy and childbirth had decreased by 34 percent between 1990 and 2008.

In 2011, the Republican budget in Congress is targeting women’s health programs at home and abroad for deep cuts, with serious consequences for mothers and children. How much money will these proposals actually save, and at what cost to the lives of women and girls?

Let’s revisit recent history. In 2000, world leaders came together at the UN to adopt the United Nations Millennium Declaration, which identified eight anti-poverty goals to be accomplished by 2015. The fifth goal was maternal health: to reduce by 75 percent the maternal mortality rate, and to achieve universal access to reproductive health care. In 2010, while much work remained to be done, the data suggested that most maternal deaths can be prevented, and that the safe motherhood movement was truly making an impact. Celebratory headlines in newspapers like the one in The New York Times declared “Maternal Deaths Decline Sharply Across the Globe.” This article quoted The Lancet’s editor, Dr. Horton, explaining that the data should “encourage politicians to spend more on pregnancy-related health matters”:

The data dispelled the belief that the statistics had been stuck in one dismal place for decades, he said. So money allocated to women’s health is actually accomplishing something, he said, and governments are not throwing good money after bad.

At the same time, U.S. activists were becoming increasingly alarmed at rising domestic death rates. Amnesty International issued a report, Deadly Delivery: The Maternal Health Care Crisis in the U.S.A., that raised concerns about the two-decade upward trend in the numbers of preventable maternal deaths. Amnesty International observed that “women in the USA have a higher risk of dying of pregnancy-related complications than those in 49 other countries, including Kuwait, Bulgaria, and South Korea” and called for a legislative agenda that made maternal health a priority.

Who could have guessed that one year later, we would be retreating even further from making maternal health a priority?

Most of us know about the proposed cuts to Planned Parenthood, which provides a wide array of sexual and reproductive health services to women, many of whom cannot afford to go elsewhere. Proposed slashes in funding to global women’s health are just as serious. Ms. blogger Anushay Hossain explains what’s on the chopping block globally, and why this is such a big deal:

House Republicans not only proposed to cut U.S. assistance to international family planning funding, they also want to completely zero out any funds going to the United Nations Population Fund, or UNFPA, the largest multilateral source of reproductive-health assistance in the world. The U.S. currently provides 22 percent of the UN’s overall budget, and UNFPA is the only agency within the UN that focuses on reproductive health.

At the recently concluded 55th Session of the Commission on the Status of Women, the new Executive Director of UNFPA, Dr. Babatunde Osotimehin, listed the three main challenges we must face in order to improve maternal health globally: Empowering women and girls to claim their rights, “including the right to sexual and reproductive health”; strengthening health services everywhere “to deliver an integrated package of sexual and reproductive health services”; and ensuring “adequate financing.” He also spoke about girls’ education as “the most important intervention to avoid maternal deaths.” I was inspired to read UNFPA’s mission, which reflects an understanding of health in the context of human rights and equality:

UNFPA, the United Nations Population Fund, is an international development agency that promotes the right of every woman, man and child to enjoy a life of health and equal opportunity. UNFPA supports countries in using population data for policies and programmes to reduce poverty and to ensure that every pregnancy is wanted, every birth is safe, every young person is free of HIV/AIDS, and every girl and woman is treated with dignity and respect.

This struck me as fairly comprehensive and visionary. Yet I don’t think I’ve ever seen this picture of UNFPA in the mainstream U.S. media. Nor have I seen the following question asked—or answered: How might the proposed cuts affect maternal mortality rates, at home and globally? I would also like to see politicians address this issue. I was glad to see Secretary of State Hillary Clinton detail the devastating effects of the elimination of funding to UNFPA; her testimony before the House Committee on Foreign Relations is posted on Feministing. She observed that the quality of women’s health and empowerment in the developing world not only has an effect on their families and their communities, but also on our own security: “This is not just what we fail now to do for others.  It’s how that will come back and affect our own health here at home.”

As one of the truisms of globalization goes, we’re all connected. Indeed—the security of women everywhere appears to be threatened by the proposed cuts and policies in the U.S. Congress.