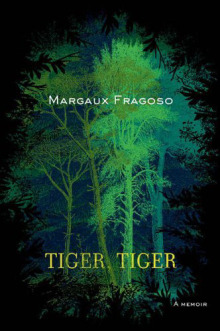 If we aren’t reading as voyeurs, why are we reading?  Margaux Fragoso’s debut memoir Tiger, Tiger reminds us that what we are after is understanding, in all its abject, contradictory and labyrinthine intricacy.

I recently attended a talk in Los Angeles given by Gayatri Spivak. Spivak argued, among other things, that reading should be the act of suspending oneself in a text. For a moment, when we read, we learn to see the eyes of an other, and this process, she argued, is a vital kind of education. Fragoso’s book continually brought me back to this talk. I was enraptured reading Tiger, Tiger though I felt like an uninvited visitor peering into Fragoso’s 15-year sexual and emotional relationship with Peter, a man more than 40 years her senior.

At every turn, this book destabilizes the readerly drive to judge Peter dogmatically, instead inviting us to question where pedophilic compulsions are born, how a young girl might read such a relationship as love and how pedophilia as a concept is, in fact, a multi-layered issue. The book takes its title from William Blake’s poem  “The Tyger,” which posits the question of who created the tiger? We might say that settling on one answer is not as important as the act of asking.

Fragoso recounts a flurry of games that she played with Peter during her childhood years, beginning at age seven: elaborate, ongoing story-tellings that serve to validate their relationship (one revolves around a tiger); role-playing games that do the same, but also serve Fragoso’s individual sexual becoming; the crafting of one-dimensional paper dolls to which Fragoso obsessively assigns complex backgrounds. These games—as well as Fragoso’s  attention to cultural iconography—emphasize the pedophilic fantasy that persists unchecked in much of our contemporary culture.

Fragoso writes trauma by leaving nothing untold, whereas most memoirs of this kind deploy sparsity and fragmentation. She exhausts her scenic moments, and uses long blocks of dialogue for the male characters (and, at times, for her mentally ill mother). As readers, we are at once put into the position of Fragoso herself, at times tediously enduring speech from self-involved, emotionally instable authority figures. This does cause the memoir to drag at times, but I think Fragoso’s tactics are integral to the story. She reminds us that we all live in the crosshairs of other people’s stories, and of the systemic stories that daily define gender roles and ideals.

Peter’s stories made it seem that the whole world was just women submitting to men, and I knew that wasn’t true.

Still, Fragoso feels for Peter, in her youth, something she likens to love. Over the years, Peter’s character more adamantly objects to the “hypocritical” world that he knows would disapprove of the sexual relationship the two share. His indictments of an ageist and anti-homosexual world make him occasionally insightful, even likable, and in this way draw readers into rationale. And then, Fragoso’s character chimes in with a bit of hyper-childish dialogue, or Peter begins sexually and emotionally manipulating Fragoso, and we are reminded of the unethical nature of the situation. This kind of plurality exists in all of the characters, of which we encounter many, as Fragoso spends more time at Peter’s house–a home filled with uncaged pets, marginalized addicts and mentally disorded adults.

The prepubescent girl—helpless, sexually “pure” and servile—is in fact the closest we can get to what culture purports a women should be. Fragoso draws our eye to this, and offers insight into what it means to come of age in such a culture. Avoiding self-aggrandizement, Fragoso’s story is a kind of allegory for the ways in which women all struggle to come into womanhood. She shows us how abusive patterns are “passed down unchecked,” and how criminals are shaped. The book educates us on issues too often ignored, and even more often written off as one-dimensional aberrations.