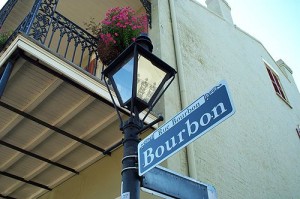 I was dancing in a G-string and pasties when I first realized I was a feminist. Backtrack: I was a young woman experimenting with the boundaries of freedom. It was the sexual revolution, the time after Roe v. Wade and before AIDS, and there was enormous confusion about what it meant to be free.

I met a lover with whom I discovered mutually gratifying sex. We took off in a potato-chip truck on a journey to the southern U.S. and on to California. I was sure I’d be back in the East Coast within weeks. I have never gone back, except to visit.

On our way out west, my lover and I landed broke in the Big Easy–New Orleans. So I was intrigued walking down Bourbon Street to see this sign outside a club: HIRING EXOTIC DANCERS.

I was exotic; I hadn’t shaved anything on my body in three years. I had dark, curly hair, almond eyes and a distinctly “ethnic” appearance. I had been in dance class since I was little. This must be the job for me.

The owner hired me, told me to shave everything but my head, gave me a ratty, red peignoir set and filthy, red high heels and told me where to purchase my own pasties and G-string. I was a little concerned. Still, I shaved: legs, underarms, pubic area. It was itchy, but I needed money.

It soon dawned on me that the job was not going to involve my Martha Graham training. I had to quickly get my peignoir off and hop around on the narrow bar. This was annoying, but not the real problem. The revolution broke out inside me between dancing chores, when I was forced to serve drinks to the customers.

One poor schnook assumed that any stripper was available to service him.

HE: “I’ll have a bourbon, and a piece of what you got under them pasties.”

HE: “Well shit howdy! You sure look like you’re for sale.”

I was still screaming that I was a Brandeis graduate as I was fired. My eight-hour career as a Bourbon Street stripper was over.

Today, I write documentaries about the Taliban and about untested rape kits in the U.S. I write plays that pose complex questions about where women (and men) are in 2011.

There are women who have led me past despair at the world’s treatment of half the population. And there are women who I find mean, venal, self-hating. We are after all, people. And I am, after all, a feminist. Proud. Unstoppable. Clear about my path. Bourbon Street is still with me after all these years.