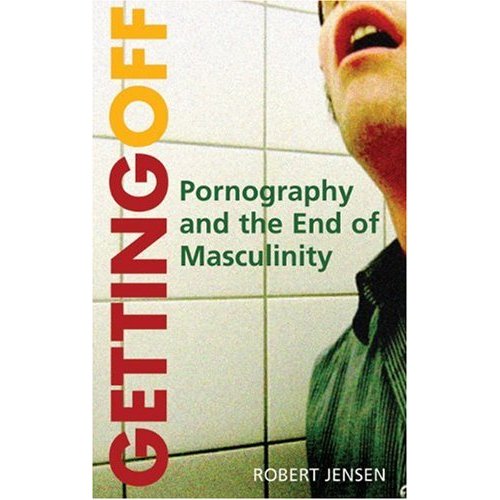 As a teenager coming of age in the 1970s in mainstream culture in the upper midwest, I missed the United States’ radicalizing movements by a decade and several hundred miles. I developed conventional liberal politics in reaction to the conventional conservative politics of my father and his generation. But in a more basic sense, I grew up depoliticized–like most contemporary Americans, I was never taught to analyze systems and structures of power, and so my banal liberal positions seemed like cutting-edge critique to me. After college I worked as a journalist at mainstream newspapers, which further retarded my ability to think critically about power; reporters who don’t have a political consciousness coming into the field are unlikely to develop one in an industry that claims neutrality but is fanatically devoted to the conventional wisdom.

The raising of my consciousness began when I started a journalism/mass communication doctoral program in 1988, a time when U.S. universities were somewhat more intellectually and politically open than today. After years of the daily grind in newsrooms, I felt liberated by the freedom to read, think and talk to others about all the new ideas I was encountering. My study of the First Amendment led me to the feminist critique of pornography, which at the time was an important focus for debate about the meaning of freedom of expression. My first graduate courses were taught by liberal defenders of pornography, who were the norm in the academy then and now. But I also began talking with activists in a local group that was fighting the sexual-exploitation industries (pornography, prostitution, stripping), and I realized there was a rich, complex and exciting feminist critique which required me to rethink what I thought I knew about freedom, choice and liberation.

From those first inquiries into the sexual-exploitation industries and the role of a pornographic culture in men’s violence, I continued to think about how power is organized and operates around other dimensions of our identities and statuses in the world. After opening the gender door, it was inevitable that I would have to open the race door. From there, questions about the inherent economic injustice in capitalism and the violence required for U.S. imperial domination of the world became central. Finally, I began thinking more about how human domination of the living world is destroying the ecosphere’s capacity to sustain life as we know it.

All of those inquiries led me to the same conclusion: We live in a world structured by illegitimate hierarchies and based on a domination/subordination dynamic. More than 20 years after embarking on this investigation, I can see that clearly. But when I first started confronting these issues, I only knew that the conventional wisdom seemed inadequate, that the platitudes uttered by people in power seemed empty and that the rationalizations offered by the intellectuals in the service of power seemed self-serving.

Asked about my “earliest consciousness-raising memory,” I have no simple answer, because my awakening was such a gradual process. But there were some moments along the way, such as the day I read Andrea Dworkin’s 1983 speech entitled “I Want a Twenty-Four-Hour Truce During Which There Is No Rape,” in which she asked men for “one day in which no new bodies are piled up, one day in which no new agony is added to the old.” In that speech she pointed out that feminists don’t hate men, but instead “believe in your humanity, against all the evidence.”

I also remember the crucial role of one friend in the anti-pornography group, a white man who was older than I and was a part of not only the feminist movement but the civil-rights, anti-war and environmental struggles. He provided me with a model for how someone with privilege could contribute to radical politics in a principled fashion. In my book on pornography, I wrote about one particularly important moment with Jim Koplin, when we talked about my motivation in volunteering with the group:

“If you want to be part of this because you want to save women, we don’t want you,” he said. At first I was confused–wasn’t the point of critiquing the sexual exploitation of women in pornography to help women? Yes, Jim explained, but too many men who get involved in such work see themselves as knights in shining armor, riding in like the hero to save women, and they usually turn out not to be trustworthy allies. They are in it for themselves, not to challenge masculinity but to play out the role of heroic man in a new, pseudo-feminist context. You have to be in it for yourself, but in a different way, he said.

“You have to be here to save your own life,” Jim told me.

Something about those words resonated in my gut. This is what feminism offered men–not just a way to help those being hurt, but a way to understand that the same system of male dominance that hurt so many women also made it impossible for men to be fully human. I came to understand that my interest in feminist politics was driven in large part by my own alienation from traditional definitions of masculinity. For me to tell a simple story about doing the right thing, implying nobility on my part, wasn’t going to cut it.

I wandered through the first 30 years of my life mostly oblivious to the workings of power, protected by my privilege. For the past 20 years I’ve been struggling to contribute to a variety of movements for social justice and ecological sustainability, getting my consciousness raised on a regular basis whenever I seek out new experiences that push me beyond what I have come to take for granted. Although I love teaching and put considerable energy into my job as a professor, my community and political activities are just as important to me. If consciousness-raising is an ongoing project, it’s not likely to happen in moribund institutions such as universities but will come through engagement with people taking real risks in political work.

More than ever, though, I’m aware that no matter how high anyone’s consciousness in the United States is raised, there may be very little we can do to reverse the consequences of modern industrial society’s assault on the living world. I don’t mean that there is nothing we can or should do to promote ecological sustainability, but only that the processes set in motion during the industrial era may be beyond the point of no return, that the health of the ecosphere that makes our own lives possible may be compromised beyond recovery.

That’s the central problem with my consciousness-raising story. My ideals haven’t changed and my commitment to organizing hasn’t waned, but the weight of the evidence suggests to me that our species is moving into a period of permanent decline during which much of what we have learned will be swamped by rapidly worsening ecological conditions. I think we’re in more trouble than most are willing to acknowledge.

This is not an argument for giving up on or dropping out of radical politics. It’s simply a description of what seems true to me, and I can’t see how our movements can afford to avoid these issues.

I try to avoid the temptation to cast myself as an epic hero who overcomes adversity to see the truth. More difficult is facing the possibility that the human species has been cast as a tragic hero. Tragic heroes aren’t characters who have just run into a bit of bad luck but are protagonists brought down by an error in judgment that results from inherent flaws in their character. The arrogance with which we modern humans have treated the living world–the hubris of the high-energy/high-technology era–may well turn out to be that tragic flaw. Surrounded by the big majestic buildings and tiny sophisticated electronic gadgets created through human cleverness, it’s easy for us to believe we are smart enough to run a complex world. But cleverness is not wisdom, and the ability to create does not guarantee the ability to control the destruction we have unleashed.

We live in a world dominated by those who not only exhibit that arrogance but embrace it, refusing to accept the reality of decline. That means our individual awakenings may be taking place within a much larger dying. To face that is to live in a profound state of grief. To stay true to a radical political consciousness is to face that grief.

A longer version of this piece appears here.

Cover of Robert Jensen’s book discussing his years as a feminist anti-pornography activist courtesy of Powells.com.

Robert Jensen, Emeritus Professor in the School of Journalism and Media at the University of Texas at Austin, is the author of The Restless and Relentless Mind of Wes Jackson: Searching for Sustainability (University Press of Kansas, 2021). His other books include The End of Patriarchy: Radical Feminism for Men (2017); Plain Radical: Living, Loving, and Learning to Leave the Planet Gracefully (2015); Arguing for Our Lives: A User’s Guide to Constructive Dialogue (2013); All My Bones Shake: Seeking a Progressive Path to the Prophetic Voice, (2009); Getting Off: Pornography and the End of Masculinity (2007); The Heart of Whiteness: Confronting Race, Racism and White Privilege (2005); Citizens of the Empire: The Struggle to Claim Our Humanity (2004); and Writing Dissent: Taking Radical Ideas from the Margins to the Mainstream (2001).  Jensen is host of “Podcast from the Prairie” with Wes Jackson and associate producer of the forthcoming documentary film Prairie Prophecy: The Restless and Relentless Mind of Wes Jackson.  Jensen can be reached at rjensen@austin.utexas.edu. To join an email list to receive articles by Jensen, click here, and follow him on Twitter @jensenrobertw.