I Have Big Thighs - Ms. Magazine
Skip to content 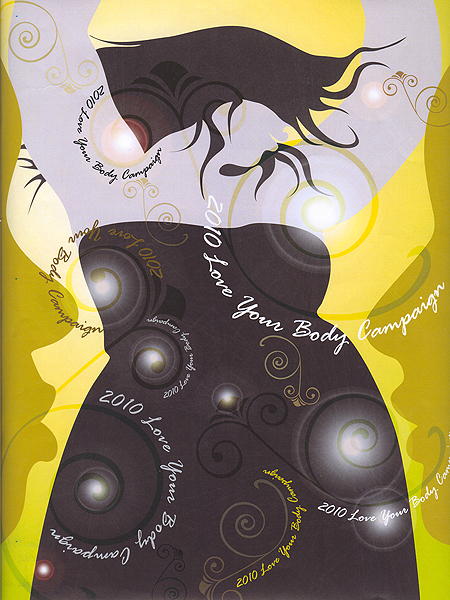 Surfing Flickr, I ran across a photo taken surreptitiously of a woman sitting in a subway. Her above-the-knee skirt is slightly parted to reveal her large thighs. It was posted with the following commentary:

Just wanted to point out that mini dresses really aren’t flattering – especially on…larger women. The buttons were straining, and if it weren’t for the size of her thighs, I could have seen her crotch! That’s just WRONG. Cover your privates, people! Or at least cross your legs.

Flashback: It’s June 1987 and I’m graduating from high school. I’m graduating third in my class, in fact–an accomplishment that earns me a spot on the dais, where I try really hard to press my legs together tightly, uncomfortably crossing and uncrossing. After the ceremony, my mother shares that a woman (who, in hindsight must have been a horrible human being) said to her, “You must be so embarrassed.”

I didn’t flash anyone. My drawers were well covered by dress, hosiery and gown. The dress was not a mini, but even knee-length dresses ride up when you’re juicy. My sin was that my knees parted, despite all my effort, and that, apparently, at least to one woman, was of more note than a 4.0+ GPA. This has been my memory of my high school graduation day for more than 20 years.

Fast forward to yesterday. I was rocking a cute spring dress and blazer. Got lots of compliments. And then, in the afternoon, I had to attend a meeting not at the typical conference table, but “in the round” with seats in a circle facing each other and no tables. Predictably, my dress, which was a perfectly appropriate length for the workplace, rode up over my knees, accentuating my thighs. Cue tugging and twisting and standing and then sitting for two awful hours. (Thank God no one was sitting across from me with a camera and a Flickr account.)

I stewed on this meeting for the rest of the afternoon, not because of the content of the gathering, but because I realized that I have been living with this insecurity for decades. Because thighs like mine have always garnered negative attention. They are either sexualized by strange old men on the street (Oooh, girl, you got some big pretty legs!). Or, they are thought gross, as in the Flickr caption above. Or sometimes both things at once. (A long time ago, a senior executive at an agency where I was working sniffed a comment about upcoming “new rules” about skirt length and appropriate dress, a look of disgust on her face. I was wearing a conservative black suit with a knee-length skirt–an outfit far more conservative than what some of my thin-thighed colleagues wore on the daily.)

For the first time, yesterday, I felt angry that I have been made to feel bad about something over which I have no control. My body is made the way it is made and it does certain things when confined by clothing. My skirts are guaranteed to slowly rotate backwards when I walk, because of the difference between my waist and hips. And when I sit down, even the longest skirt or dress is going to ease up. And this is not indecent.

The image of the woman in the subway reads as “indecent,” because our culture views fat as indecent and largeness in women as indecent. The woman who snapped the photo was in no danger of seeing her fellow passenger’s “crotch.” She could see knee and thigh. And I submit, if the thighs had been thinner, there would have been no outrage. I see women showing far more leg on public transportation all the time. Her beef isn’t with “mini-dresses.” (The dress in question is not a mini, anyway.) Her beef is that some fat woman dared to allow her fat legs to be seen in public. And fatty Fattersons should stay covered up.

This isn’t a post where I tell you that I have cast off my thigh insecurity and that this year I will wear my summer skirts fearlessly. We all know it’s not that easy. But I have realized that my shame is sickness. And that it is undeserved. And that I feel a certain power just saying: I have big thighs.

Adapted from a post originally published on What Tami Said on March 17, 2011.

Photo from the 2010 Love Your Body campaign.