Do Women Lie About Rape? - Ms. Magazine
Skip to content 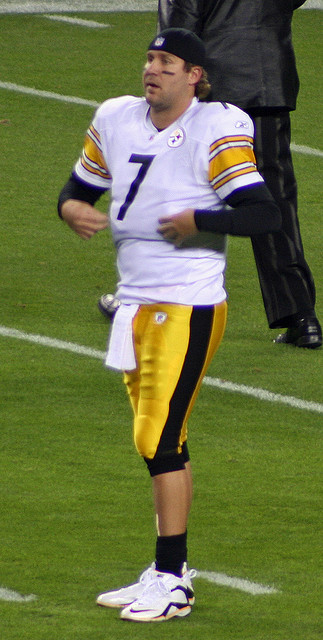 Do women lie about rape?

That’s an easy question for feminists and allies to answer–in the vast majority of cases, absolutely not–but it’s one that gets asked every time a rape accusation is made public. Take the case of Ben Roethlisberger. Back in 2009, the star Steelers quarterback was accused of rape by a Lake Tahoe casino hostess. She filed a civil suit for assault, sexual assault and battery, false imprisonment, false pretenses, fraud and intentional infliction of emotional distress. She did not press criminal charges, though, which Roethlisberger’s lawyers claimed was evidence that the accusations were false.

However, even judges have said that rape survivors are sometimes better off not reporting to police because the stress of a criminal trial can add even more trauma after a sexual assault. And her hesitation is certainly understandable in this case: When she reported the crime to a casino security guard, he scoffed, “Most girls would feel lucky to get to have sex with someone like Ben Roethlisberger.” Is it possible that a judge and jury might say the same thing?

Almost immediately following reports of the suit, TMZ released alleged photos of the survivor without text. The photos, predictably, were met with comments like this one: “This is a bunch of trumped up bullshit from a gold digging @#$?”

Then, just a few days after the photos were released, the gossip rags dug into the survivor’s mental health history, reporting on her post-assault depression, insomnia and anxiety–and calling her “nutty” rather than recognizing the possible signs of sexual trauma. On blogs and news sites, almost without variation, fans defended their football hero and reporters danced gingerly around the issue.

The assumption hung heavily in the air: She had to be lying. Why would a rich (or, in other cases, married/famous/charitable/kind) man rape a so-called “nobody”?

But later that year, another young woman accused Roethlisberger of sexual assault. This time, the public seemed more sympathetic to the survivor, recognizing a possible pattern in the star’s behavior. But does it have to take multiple accusations against one person before victims are believed? It certainly shouldn’t.

The automatic assumption in cases involving famous or beloved men (like Roethlisberger, WikiLeaks founder Julian Assange or director Roman Polanski) is that women lie about rape to get huge sums of money after having consensual sex. But these assumptions aren’t only present in cases involving wealthy men–they happen all the time.

In the 1980’s, the Philadelphia police department had one of the highest recorded rates of “unfounded” (i.e. falsely reported) rapes in the country. The FBI, which gathers those statistics, rarely reviews case files or investigation reports to determine whether or not police are counting crimes accurately. But in this case, the federal agency made a rare request and asked the city’s police department to explain why, in 1984, 52 percent of rape reports had been dismissed as “unfounded.”

The police department’s reply was brash, at best. It described circumstances that would lead to a rape report being labeled “unfounded,” including:

Shockingly, the Philly police department’s list of reasons that rape cases would be classified as false also includes instances in which the victim has a history of mental illness and reports a rape by a celebrity. In the case of Roethlisberger’s first accuser, her mental health records and his fame would have been grounds enough to dismiss her case.

So what’s the answer? Do women lie about rape? According to Joanne Archambault, a former sex crimes unit supervisor, the answer is fairly simple: “[False reports] are not a problem. They happen, but they’re not a problem.” Research has shown that only roughly 2 to 8 percent of rape reports are untrue, (for car thefts, another felony offense, that number is about 10 percent [pdf].) Two to 8 percent is a pretty small number to justify the climate of fear around false rape reports.

Experts say the only way to ensure this heinous crime is properly investigated and prosecuted is for law enforcement to move beyond the notion that women lie about rape. Archambault says rape victims often display the characteristics that police (and society) consider to be “red flags” for false reports (like being under the influence of drugs or alcohol at the time of the rape), but just because a woman was under the influence doesn’t mean she wasn’t raped.

In the new issue of Ms. we highlight a major factor contributing to the belief that women lie about rape: The FBI’s narrow and outmoded definition of “forcible” rape. Subscribe today to get the issue in your mailbox, and visit Ms. and the Feminist Majority Foundation’s No More Excuses! campaign headquarters to find out how you can help change the FBI’s archaic definition and ensure that all rapes count.