The Women Within Elif Shafak - Ms. Magazine
Skip to content 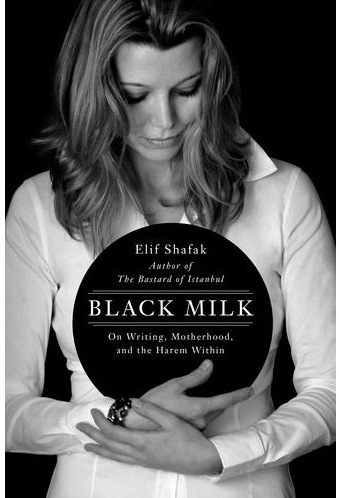 Motherhood is often imagined as a natural state for women, a return to some authentic self that is believed to lie at the core of every woman. In patriarchal societies, writing is rebellion, the woman writer a selfish being willfully defying the image of woman as inherently maternal. What then, is a writer–Turkish and female–to do when she confronts her desire to be a mother? Is it a betrayal of her writing self or an embrace of her female one? This vexing conundrum lies at the center of Elif Shafak’s evocative new memoir Black Milk: On Writing, Motherhood and the Harem Within.

There are,  in fact, many women who live inside the Istanbul-based Elif Shafak, and only one or two of them are Turkish or Muslim.

There is Little Miss Practical, the Ambitious Chekhovian and Mama Rice Pudding, for example–“Western” women, some with the pretensions of Manhattan yuppies and others the affectations of southern belles. Encounters with such types are not expected from a book with the word “harem” in its title. But the word invokes something else–the unraveling of veiled mysteries, a secret rendezvous with unknown women, and their encounters with motherhood and femininity.

In the tradition of the most talented storytellers, Shafak takes readers on a journey that peels apart our notions of identity. Shafak is simultaneously Turkish and American, French and Spanish. She’s a reader of Rumi and Plath who learns from Simone de Beauvoir, but also from her wizened Turkish grandmother. Her narrative threads elegantly between a poised Istanbul drawing room and a tiny bathroom at Mount Holyoke’s Center for Women’s Studies in South Hadley, Mass.; in the first locale, an eminent author asks the fateful question,“writing or motherhood?,” which sends Shafak running off to the U.S. to avoid making a choice.

The women who live in Shafak’s inner harem–the spiritual Madame Dervish, the pragmatic Ms. Practical, the judgmental Miss Ambitious Chekhovian–squabble and fight, and in doing so reveal the impossibility of one correct path or even a singular desire that is without contradiction. In their voices we learn that women–writers or mothers or both–want many things and that with freedom comes the anguish of choice.

Shafak moves across contradicting geographies–the shadows of Ottoman Istanbul and the reflective snowfall of Boston–and a variety of telling encounters. There’s the pregnant woman on  a bus in Turkey, and the cheerful camaraderie of a Hispanic mother cleaning the Mount Holyoke library. Through these encounters, she hints at the fragile commonality of women’s experience–an idea perhaps laid aside in the fervent, devoted respect for our differences that a diverse, multicultural feminism seems to have entailed. Just as Shafak wrangles with the dread that motherhood and artistry may be mutually exclusive, her readers are left to question if the boundaries between women–Eastern and Western, Muslim and feminist–similarly elude co-existence.

In Black Milk, a writer confronts her deepest dread: the silencing of inner voices that have sustained her creativity. In doing so, she dislodges the myth of effortlessness in both artistry and motherhood. After dealing with pregnancy, Shafak documents her troubles with breastfeeding, revealing how failures of the world may be one thing but the failures of a woman’s body can impose repression as formidable as the harems of old. In shattering silence with the cacophony of the women within her, Shafak has given us a storyteller’s most poignant offering: a metaphorical amplifier for listening to the stories within ourselves.